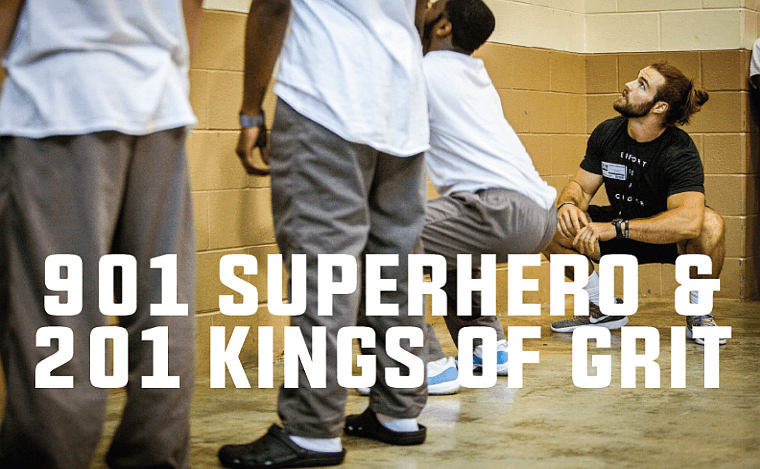 “We have core values. We use teamwork. We show grace and we teach each other.”James Lancaster 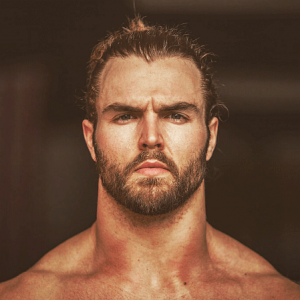 I don’t know much about most superheroes’ back stories, which can be quite annoying for whomever I’m watching the latest superhero movie with. “Is this a DC Comic character? Marvel? Why does that one hate the other so much? How did she get her superpowers anyway?” But though I may not be well-informed on their histories, I’ve recognized particular characteristics they all possess that lend to their being classified as a superhero. These various traits all bounced around in my head as I reflected on the work Memphian James Lancaster is doing within our community, specifically his work with the young men housed as inmates at 201 Poplar.

A superhero doesn’t boast about his powers and is often uncomfortable with any attention placed on him as opposed to his work (with the exception of Iron Man, as my husband pointed out!) This was one of the first things I learned about Lancaster, a former professional football player turned Cross Fit competitor and, in fact, the only West Tennessee athlete to qualify for 2017’s Reebok Cross Fit Games (Central Region)- the sport’s largest, most elite competition. Despite the fact that I see him numerous times a week coaching at our gym downtown, I had no idea what he was doing with his “free time” until a fellow athlete shared it with me. Lancaster isn’t comfortable talking about his own life’s accomplishments-“this isn’t about me,” he always says- but he becomes very spirited when reflecting on the changes he’s seen in several of the men at 201 Poplar since he began coaching them in 2015.

Every Thursday Lancaster reports to F-Pod, where he coaches fifteen to twenty male inmates, aged 18-25, in Cross Fit (Cross Fit is “both a physical exercise philosophy and competitive fitness sport…workouts incorporate elements from high-intensity interval training, Olympic weightlifting, plyometrics, powerlifting, gymnastics, girevoy sport, calisthenics, strongman, and other exercises.”) Their fitness levels are as varied as their personalities and reasons for which they are incarcerated, so no session is ever the same. There are guys he’s grown accustomed to seeing who will no longer show up because they have been sent to another facility, have begun a work assignment or, the most celebrated reason, have gone home. The changes are constant, but so is his presence and so are the problems that plague these young lives: young men who have often given up on themselves because those in their circle gave up a long time ago. But Lancaster doesn’t give up. Neither do superheroes, by the way.

He didn’t give up when injuries put him on his back and pulled him out of the life for which he’d worked so hard. He didn’t give up when the road to recovery included unforeseen speed bumps slowing him down, over and over again. Or when, on that same road, he was forced to a standstill and the conversations were solely between him and God.  Resilience had been a constant in his life as a football player; it was here, now, in the absence of football, where he learned what it meant to be relentless. Lancaster eventually got back on his feet and let his faith lead the way. It led him home, back to the city that needed him and into the lives of people who desperately needed someone to fight for them. 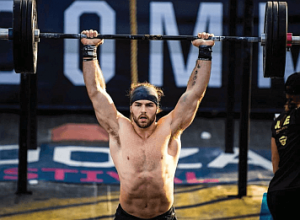 They may not call him a superhero, he definitely doesn’t consider himself a superhero, but those of us watching this story unfold clearly see the ways in which he is using his powers to fight threats against humanity: threats such as despair, depression, and hopelessness felt by many of the young men he meets with every week. While it could be easy for him to point the finger at events in their lives that begot the consequence of them being at 201 Poplar in the first place, Lancaster is too busy using his hands to lift kettle bells and throw medicine balls, teaching them how to do the same; teaching them about rebuilding and re-purposing their lives, about being relentless when the world as they know it is collapsing in on them.

As this issue goes to print Lancaster is preparing to compete in the 2018 Reebok Cross Fit Games (Central Regional), ranked one of the top 20 out of more than 10,000 regional Cross Fit athletes. In addition to his daily training, he continues to coach the young men weekly at 201 Poplar through his Kings of Grit program.

You can continue being part of their stories by following both on Instagram: @_jlancaster_ and @kingsofgrit.