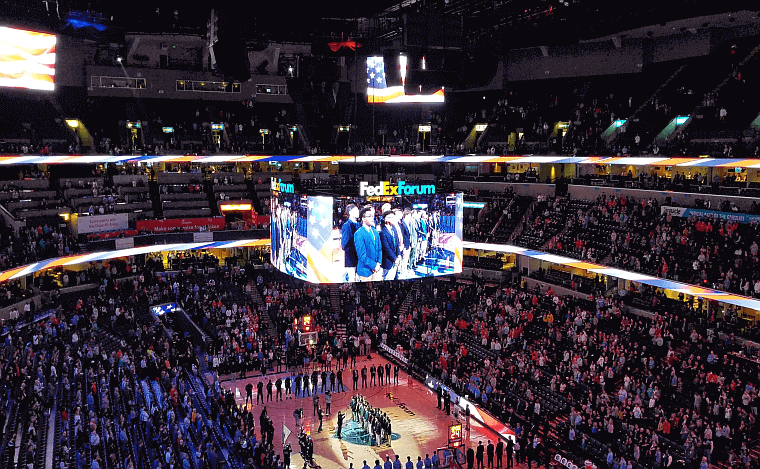 You might have recognized a few faces singing the national anthem at the Grizzlies vs. Rockets game on January 14th. This is because the group singing was none other than the Acappella Ensemble from Memphis University School, “Beg to Differ.”

Founded in 1991 by John Hiltonsmith, the ensemble bases its sound off of doo-wop and barbershop vocal harmonies. Their modernizations of these classic sounds have established them as a talented group of individuals as they play concerts at many locations throughout Memphis. Director of Music Matt Tutor (MUS class of ‘91) has wonderfully executed Hiltonsmith’s vision for the group considering Tutor was a former student of his. Hiltonsmith was a significant influence in Tutor’s life and even convinced him to pursue his musical passion in college. After Hiltonsmith’s passing in 2019, Tutor took over the group to honor his teacher.

Prior to the Grizzlies game, Memphis University School played at the FedEx Forum in a game against Lipscomb Academy that ended with a victory for the MUS Owls! All attendees of the game were invited to the Grizzlies game where Beg to Differ would sing their rendition of the National Anthem. The group's performance validated the idea that different personalities can all come together to create something harmonious and beautiful. Hiltonsmith’s legacy has lived on through this group, and he would be proud of the progress and accolades the ensemble has accomplished.