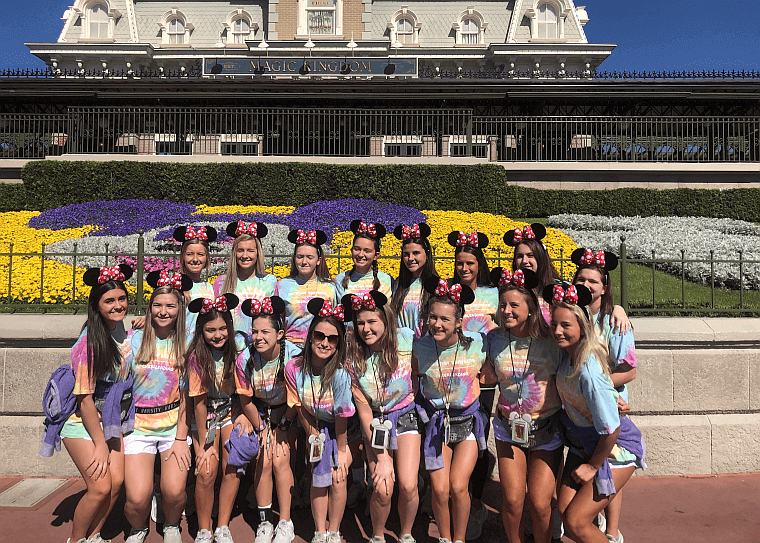 The Christian Brothers High School Cheer Team is an all-girls non-tumbling game-day squad. During the summer, we began to practice and attended a UCA camp in order to better our skills and prepare for the upcoming football games. We competed at Regionals in November and State in December. This year, we had the honor to compete at Nationals after winning Regionals and receiving a double bid. The cheer team was ecstatic to receive a bid to compete at Nationals in Orlando, Florida, as it was the team’s first time going in 15 years. All of our hard work and long practices had finally paid off. To prepare for competitions, we practiced at least three times a week for about two hours. Nationals consisted of Prelims, Semis, Finals, and fun days spent at Disney parks along with lots of team bonding. Since we compete as a game-day non-tumbling squad, our routine consisted of a band chant, cheer, sideline, and fight song. 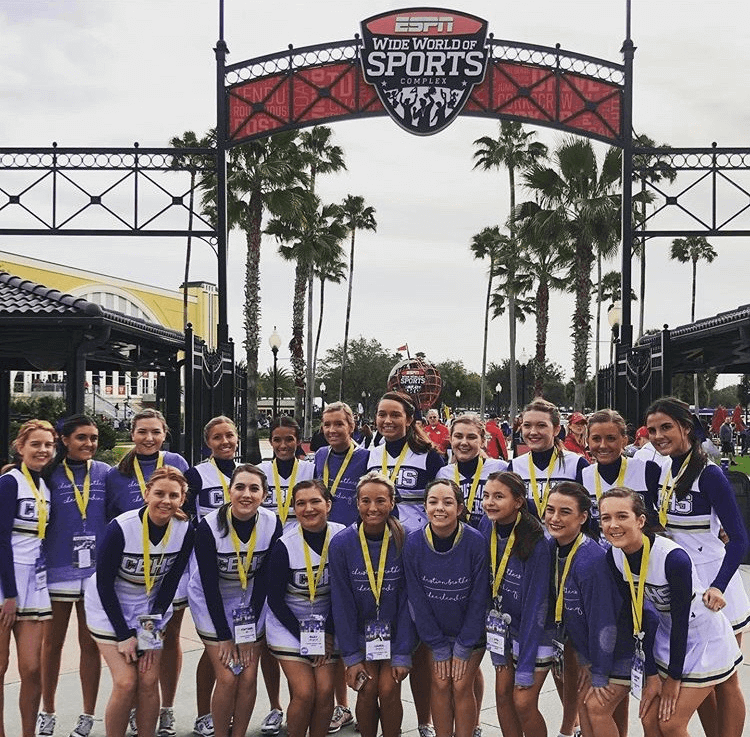 Although the Christian Brothers Cheer Team did not win, Nationals was a great experience because we learned so much about each other and strengthened our competition skills. I would consider our first Nationals a success, even without the white jackets, because our team overcame every obstacle in our way, and competed with the biggest smiles. Our coaches, parents, and all other supporters were very proud of our performance. If we receive a bid to Nationals again, we all have high hopes for a better outcome. The team is very confident that at the next Nationals competition, we will be taking home white jackets, and we are looking forward to our upcoming season!