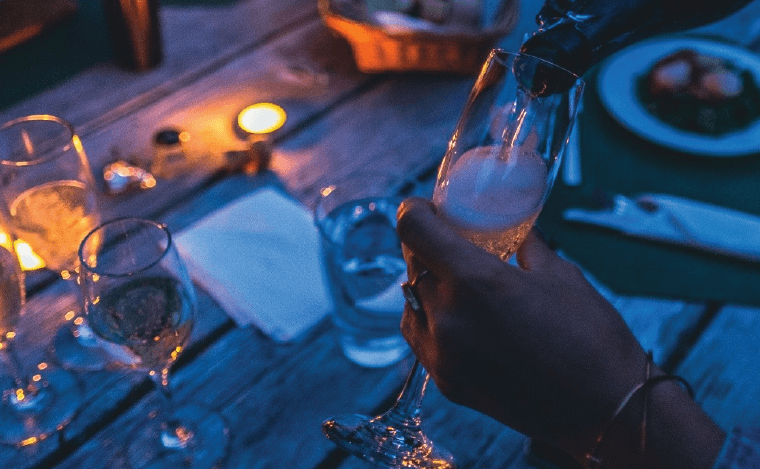 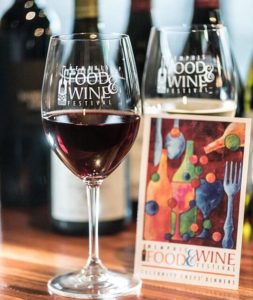 Nothing says “home” better than the smell of cookies baking, so it is no coincidence that the warm and welcoming scent often greets residents at the FedExFamilyHouse. The volunteer-led Cookie Bakes are just one of countless details that make it such a special place for Le Bonheur Children’s Hospital patients and their families. This home-away-from-home is provided at no charge to patients, and is funded by entirely donations. One of the larger donors to the FedExFamilyHouse mission is the Memphis Food & Wine Festival.

Exquisite cuisine and magnificent wine are certainly major components of the third installment of the Memphis Food & Wine Festival (MFWF), but the heart of this spectacular event is FedExFamilyHouse (FEFH). It costs more than $2 million dollars annually to operate FEFH, and Sherry Chimenti, along with the handful of MFWF founders, saw that need as an opportunity to give back. “The moment we agreed Memphis was starving for a first-class food and wine festival, it was an immediate and unanimous decision to benefit this compassionate local charity.” Since the Festival’s inception in 2016, they have presented two festivals and four wine dinners. But more importantly, they have donated over $225,000 to FEFH.

The success of the Festival, and the subsequent donations, is due in large part to the high caliber of chefs and vintners who participate. The Memphis culinary scene is booming, as it has been noted in recent months by several national publications. Many local chefs who are creating that buzz are participating in the MFWF, and they are working alongside acclaimed national and international chefs. By contributing their time, expertise, and resources, whether they are in Memphis or traveling to Memphis to participate, all of the chefs are “cooking for a cause.” Ken Frank, Executive Chef and Owner of La Toque Restaurant and BANK Café and Bar in The Westin Verasa in Napa, California, shared his thoughts on supporting FedExFamilyHouse with the Festival as the conduit: “The bottom line is nearly all the good chefs I know love to cook because they love to share. I’ve always looked at charity as an opportunity to give back to communities and meet like-minded good souls at the same time.”

Ryan Trimm, local restaurateur of Memphis favorites including 117 Prime, Sweet Grass, and 3rd & Court, has been a generous supporter since the MFWF idea was conceived. His restaurant group Across the Board, along with his friends at Central BBQ, have donated additional time, effort and catering for the Festival crew. “I think the event is important to both the city and FedExFamilyHouse. I want to support to the best of our abilities to make certain the event is always successful,” Ryan explained. Additionally, he realizes the importance of FEFH to the families of sick kids. “FedExFamilyHouse does something most people don't think about. It offers a place for families to relieve their nerves and be comfortable while their child receives care. I just think it's an important part that is often overlooked,” he shared.

While Memphis chefs certainly recognize the value of giving back to a community asset, many of the visiting chefs have also toured FEFH and were touched by the supportive environment. Gerard Bertholon, Chief Strategy Officer of Cuisine Solutions, Inc. in Sterling, Virginia, was moved to action. “After visiting FedExFamilyHouse, I really realized how important it was for me and other chefs to donate our time to support this amazing place,” he said. “Tours of FEFH are offered as part of the MFWF weekend experience for the visiting (and local) chefs and vintners.” “I would highly recommend all the participating chefs of the Memphis Food & Wine Festival to take the time to attend this year's tour.” 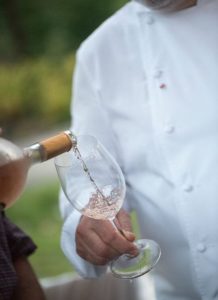 And it’s not just the Chef’s sharing their talents and resources for a cause. Vintners pour their hearts into supporting the MFWF and FEFH. Charlie Campbell, VP of Sales for Silver Oak & Twomey wineries in Napa and Alexander Valleys, is encouraged by the Duncan family-owned business to think globally and act locally. Within his own family, this holds true as well. “I was raised in a family that instilled a philanthropic focus,” Charlie shared. “My kids have participated in the Cookie Bakes at FEFH on multiple occasions and our family, like many, received outstanding treatment at Le Bonheur for one of our twins. The Memphis Food & Wine Festival and its’ cause is a perfect fit professionally and personally.”

In addition to Chef and Vintner support, other local businesses have gotten behind the MFWF. For example, Dr. Jodi Rump of Main Street Dental arranged for her team to tour FEFH, and they have already bought tables at this year’s Festival. “My team likes to support organizations in need and especially those that are dear to our hearts. Le Bonheur is a special place for one of our team members because her child has been seen there since birth,” Jodi said. “The entire hospital has treated her family so well and has provided such amazing care to her son that we felt compelled to use this opportunity as a chance to support Le Bonheur. The amazing contributions that the MFWF has provided to FEFH inspired our team to want to participate and attend this year’s festival.”

For the 9th year in a row, Le Bonheur Children's Hospital has been named a "Best Children's Hospital" by U.S. News & World Report. Many families travel long distances to be cared for at Le Bonheur, and FEFH is a key part to the healing process. It is a proven fact that patients heal faster when their families are close. Patients and families from all 50 states, plus numerous foreign countries, have been served by FEFH. While it costs $100 to provide one night at FEFH, no family pays to stay - and why fundraising efforts such as the MFWF are invaluable.

Ken Frank sums up the importance of giving back through the Memphis Food & Wine Festival, “The dishes served at MFWF are all ‘comfort food’ of sorts, by bringing comfort to residents at FedExFamilyHouse through culinary philanthropy.”

The Memphis Food & Wine Festival will be held October 12 at The Live Garden at the Memphis Botanic Garden. For tickets and more information, visit memphisfoodwinefestival.org.