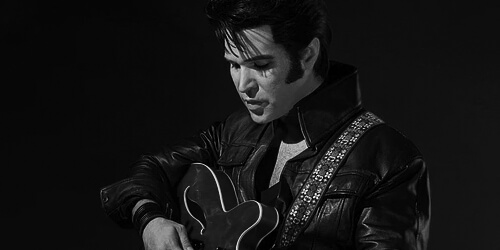 Award-winning Ted Torres Martin will finish out the 2018 Memphis E-Week Concert Series. Ted has been performing his tribute to Elvis Presley for many years, always perfecting his craft with every show that he does. Ted’s identical moves along with his astounding vocals continue to mesmerize audiences all over the world.

Ted has been on tour numerous times abroad, spreading his tribute across the ocean. He is truly a fan of Elvis Presley, and he is very critical of all his own performances so that he can provide the utmost respect with his tribute.

The spirit of the King lives on. Outstanding Elvis Tribute Artists will capture the essence of Elvis Presley while paying tribute and upholding the legacy of his music during five shows Aug. 10-14 at the Halloran Centre. All shows will be backed by a live band.

VIP packages that include tickets to all five shows are available at a discounted $225. See the full lineup of shows here.