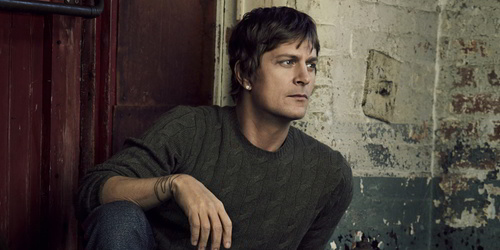 WITH ROB THOMAS FROM MATCHBOX 20

With special guests Walk Off the Earth and John K.

Rob Thomas is one of the most distinctive artists of this or any other era – a gifted vocalist, spellbinding performer, and acclaimed songwriter known worldwide as lead singer and primary composer with Matchbox Twenty as well as for his multi-platinum certified solo work and chart-topping collaborations with other artists. Among his countless hits are solo classics like “Lonely No More,” “This Is How A Heart Breaks,” and “Streetcorner Symphony,” Matchbox Twenty favorites including “Push,” “3AM,” “If You’re Gone,” and “Bent,” and of course “Smooth,” his 3x RIAA platinum certified worldwide hit collaboration with Santana which celebrates its 20th anniversary this year.

Thomas earned three Grammy® Awards for his role as co-writer and vocalist on “Smooth,” which topped Billboard’s “Hot 100” for an astounding 12 consecutive weeks and spent 58 total weeks on the chart, the #1 song in Billboard’s “Top Hot 100 Rock Songs” chart history and #2 “Hot 100” song of all time. As if that weren’t enough, “Smooth” was declared the all-time #1 song on Billboard’s “Adult Pop Songs” radio airplay chart, the #1 song of the rock era based on chart performance on Billboard’s Hot 100, and recently declared to still hold the spot as the second most successful song of all time by Billboard.