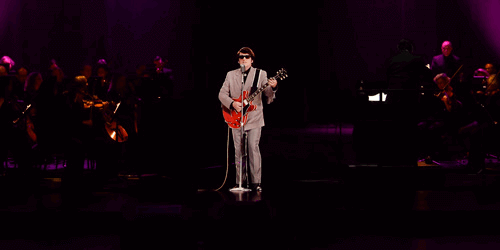 In Dreams: Roy Orbison In Concert – The Hologram Tour

Rock and Roll legend Roy Orbison returns to the stage. Performing his greatest hits, accompanied on stage by a live orchestra, the iconic hall of fame musician is set to return with In Dreams: Roy Orbison In Concert – The Hologram Tour.

Through breathtaking state-of-the-art cutting-edge digital and laser technology and extraordinary theatrical stagecraft, this first-of-its-kind live concert sees Orbison brought to life on stage to perform his classic tracks as well as newly recorded and never-before-heard arrangements of his originals.

Recognized universally as one of the great rock and roll legends, Orbison’s catalog includes such chart-toppers as “Oh, Pretty Woman,” “You Got It,” “Only the Lonely,” “Crying,” “I Drove All Night,” “It’s Over,” and “In Dreams.” This tour, directed Eric Schaeffer (Broadway’s Million Dollar Quartet), will allow fans the chance to experience one of the most iconic figures in the history of music in a thrilling way as Orbison and his trademark three-octave range voice comes back to the stage he commanded for decades.