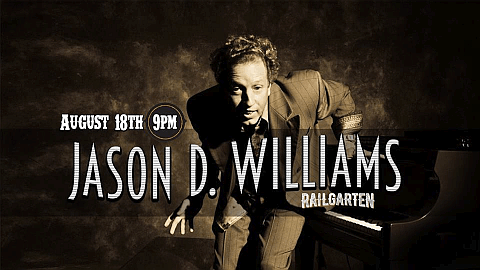 Jason D. Williams has spent a lifetime behind the piano connecting with country and rock ‘n’ roll greats while creating a persona that’s 100 percent original.

No two show’s have ever been identical even if you’ve seen his show the night before or an hour before. He’s a grand master of Rockabilly, Boogie Woogie, Roots of Rock & Roll, and Americana – and he throws a show that’s a MUST SEE in order to believe. See you there soon!

“There hasn’t been raw, vintage boogie this solid since Jerry Lee lost his steam in the Seventies.”
– Rolling Stone Magazine