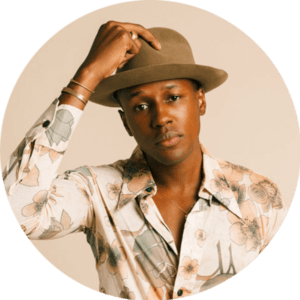 “Suppose all music is apple pie,” says Jonny P. “Every genre is apple pie, but soul music is the only one that’s served hot with ice cream on the side.” In just a few years the Bronx-born, Nashville-based singer- songwriter has served up some truly delicious tunes rooted in the sounds of the past but anchored firmly and irrevocably in the present, defined by disarmingly direct arrangements, a superlatively smooth vocal style, and an undying belief in the power of soul. “Soul music should invoke all the emotions. If it’s a crying song, you should be bawling your eyes out. If it’s a happy song, you should be grinning from ear to ear.”

Jonny P is a soul visionary. In addition to wrapping his first role in the upcoming film by director Kathryn Bigelow and screenwriter Mark Boal (who won Oscars for The Hurt Locker), a fictionalized chronicle of the Detroit riots of 1967, he released his second EP, Good To You, April 21st. Working with mix engineer Tom Elmhirst (Adele, Frank Ocean, Amy Winehouse), drummer James Gadson (Quincy Jones, Paul McCartney, Herbie Hancock) and produced by Goffrey Moore (Momma Rosa: Bryan Blade), Jonny P has crafted a set of songs that showcase his superlatively silky vocals, his declarative melodies, and his less- is-much-more arrangements. Whether he’s posing a simple question (“Just Say I Do”) or promising lifelong devotion (“Good to You”), his music sounds both warmly familiar and vividly innovative.

“If you know anything about soul music,” he says, “you know for sure that it came from the church.” That’s exactly where this son of Jamaican immigrants spent much of his childhood, and that formative experience helped build the foundation for his musical career. “Being in prayer meetings and church services, I was introduced to a style of singing that comes right from the gut. You’d have people singing from their hearts, with a live band improvising on a Sunday morning, extending hymns and using music to embellish their faith. That captivated me. It showed me that music could tap into people’s emotions and help them express something in themselves.”

Of course, any kid growing up in New York City will be exposed to every kind of music, and just walking down his block in the Bronx gave Jonny P a deep musical education. “Everybody’s got a massive system blasting out of the trunk. All sorts of music got to me and got a hold of me: hip-hop, Latin music, a lot of reggae. I heard it all. As many different colors of people as there are in New York City, that’s how many styles of music I heard as a kid. It was like the streets were talking to me all the time.” Those profound lessons still define his style and sensibility many years later. “Everything that I am, everything that I’m trying to accomplish—I owe every ounce of who I am to New York City. Growing up in the Bronx, you have no limits at all. You feel like you can do everything.”

Upon arrival in Tennessee, Jonny P worked four jobs at once, driving all over town to earn money. While most music fans would use those commutes to blast their favorite tunes—to sing along with Sam Cooke, Stevie Wonder, and Michael Jackson—Jonny P turned the radio off. He sang to himself, drummed on the steering wheel, let his creative mind wander from one idea to the next. Snippets of songs came to him, fragments of melodies or stray rhythms or lines of lyrics. “I have to drive in silence. Some days it’s the only quiet time I have. If an idea sucks, then I’m the only who knows it sucks. If it’s great, only I know it’s great.”

When a song is finished, he builds a demo at his home in East Nashville, playing all the instruments himself and laying them down one at a time: bass and drums, guitar and piano, then finally voice. “Every single ounce of it is work. I’ll work on a song from 10 o’clock in the morning until 1 AM.”

This creative process, while time-consuming and laborious, not only weeds out the weaker ideas but results in gracefully minimalist arrangements that are quickly becoming Jonny P’s sonic signature. In 2014 he self-released his debut EP, Right to You (also produced by Goffrey Moore), which introduced him as one of Nashville’s most thrilling new voices, and his new material builds off that strong foundation.

New songs like “Say I Do” and “It’s Our Time” deploy the fewest instruments possible to convey a dizzying range of complex emotions, from pure joy to measured melancholy. “Stuff that’s happening in society means it’s a tough time to be in this business, but as an artist it’s a great time to be alive. You don’t have to search far to find heart-grabbing things that need to be said.”

Jonny P has a clear vision of how soul music can sound and what it can do in the 21st century. He’s no revivalist—primarily because he doesn’t believe soul needs to be revived. “It’s so important to me to add to the story of soul music. I don’t want to create a record that has to go up against Sam Cooke or Otis Redding or anybody like that. If I tried to create some thing that sounds identical to them, I personally would never spin that record. It’s just a moment in time that can’t be re-created. Hopefully I can help carry it forward because more than anything else, soul music is about right now.”