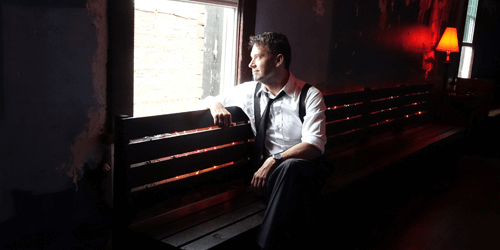 This very fun concert will show the audience just how music went from single monastic tones in the 9th Century to the explosion of musical styles we now celebrate in the 21st. The concert begins with medieval Gregorian Chant and ends with music of Composer/D.J. Mason Bates and Frank Zappa!

In between, we will explore how music advanced from Gabrielli, Bach, Mozart, Beethoven, to Dvorak, Joplin, Gershwin, and Bernstein. The audience will enjoy a much larger than normal “smorgasbord” of short musical works, so that the evolution of this most incredible art form (music!) will be inspiring and clear.

2019/2020 marks Maestro Robert Moody’s third season as Music Director of the Memphis Symphony Orchestra.  The MSO is enjoying great artistic and organizational success under in this era; expanded and adventurous programming, the MSO’s first commercial recording in over three decades, and greatly improved financial underpinning are hallmarks of this success.  Moody is also Music Director of the lauded Arizona Musicfest, boasting one of the finest festival orchestras in North America.  Players hail from the top orchestras in the world, including the Vienna and New York Philharmonic, Philadelphia and Cleveland Orchestra, Boston, Chicago and San Francisco Symphony, and the Metropolitan Opera Orchestra.

A native of South Carolina, Moody holds degrees from Furman University and the Eastman School of Music. He is a Rotarian, and has served on boards of YMCA, AIDs Care Services, and Charlotte Master Chorale.  He is an avid runner, and now runs the St. Jude half-marathon in Memphis each year.