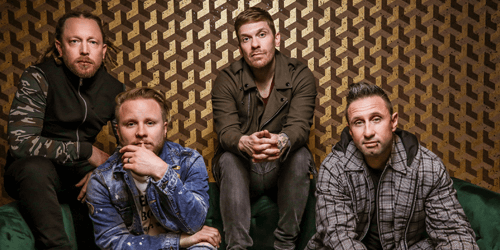 Each of Shinedown’s singles released throughout their career have reached the Top 5 on Billboard’s Mainstream Rock Songs Chart–an unparalleled feat. The chart-topping band’s latest album yet, ATTENTION ATTENTION (Atlantic Records) uproots convention and delivers a personal, poignant, and powerful body of work that evolves from ruin to reclamation to revelation. As anxieties dissipate and demons disappear, an enduring statement about the resolve of the human spirit emerges, as seen on tracks like the #1 rock radio hits “GET UP” and “DEVIL.”

Hailed for their high-octane live shows, Shinedown continues to engender diehard love from millions of global fans and has racked up countless sold-out tours and festival headlining sets as well as numerous national television appearances such as The Tonight Show, Jimmy Kimmel Live! and TODAY. In 2019, Shinedown will be on the road with their ATTENTION ATTENTION World Tour.