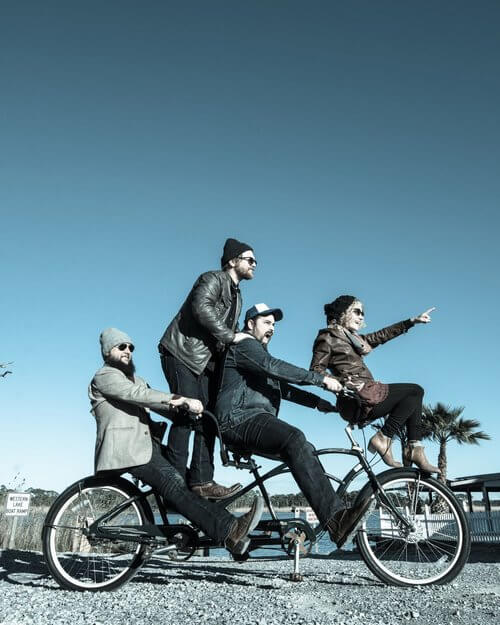 The Mulligan Brothers are releasing their third studio album, Songs for the Living and Otherwise this summer. The album brings joy and pleasure from dark songs about life, loneliness, death and spirituality. Lead singer/songwriter Ross Newell’s warm, sincere voice brings out every emotion between pleasure and pain and makes you want to feel them over and over again.

The band’s name means second chances, but they took the biggest chance of their career and produced this album on their own, creating songs that are truest to them, so far. Converting the upstairs of Newell’s home in the heart of Mobile, Alabama into a recording studio allowed them the freedom to get to the honesty of who they are.

“Recording and producing this album ourselves gave us the luxury of seeing the vision all the way through to the end without outside influences making us second guess ourselves,” says Newell. “There is a new confidence in this album and we are thankful for the great people who support us and gave us the courage to try something new. It is freeing to let go and create an album that we will enjoy playing on the road every night.”

The broader arrangements are driven by the band’s signature harmonies and dramatic transitions from drummer Greg DeLuca with Ben Leininger adding electric and upright bass and Melody Duncan on fiddle and piano. The band is evolving but the songs are still built around Newell’s tight lyrics that stab you in the heart or define life in new ways. Songs of abuse and knowing a man like “the back of his hand” or coming home to a woman who makes him feel that “If you told me that heaven was just like tonight, then maybe I would start acting right.”