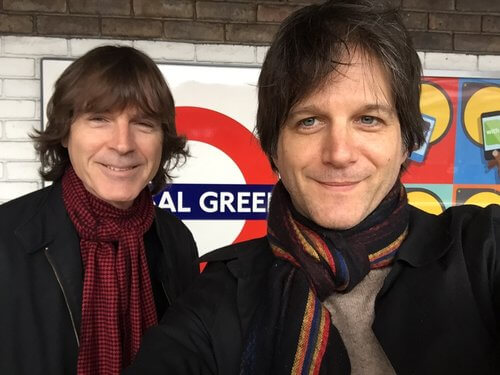 Those Pretty Wrongs are Jody Stephens and Luther Russell, two old friends and veterans of the music scene in different ways. Jody was the drummer for the legendary band Big Star and now helps run equally legendary Ardent Studios in Memphis. Luther Russell was the leader of seminal roots-rock band The Freewheelers and is now an acclaimed solo artist and producer.

It was the documentary Big Star: Nothing Can Hurt Me that brought Jody and Luther together creatively, when Jody asked Luther to join him for some promo performances. A chemistry was immediately noticed. They began writing songs and performing them whenever possible, soon taking their name from the opening line of Shakespeare Sonnet 41, which they slipped into one of their first collaborations, “Fool Of Myself”. Burger Records released the first track they cut in Memphis, “Lucky Guy”, with “Fool Of Myself” as the flip side. There was an outpouring of support for the new music, which gave Jody and Luther the confidence to move forward.