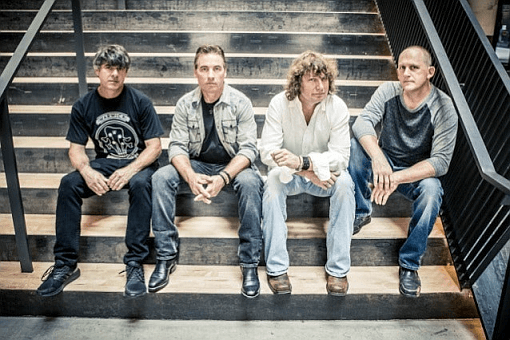 TORA TORA is a blues-based hard rock band formed in Memphis, TN in the late 1980s. They toughed it out on the local scene before winning a local “Battle of the Bands”. They were the first Memphis band to have a music video on MTV in 1992.   Band members include Keith Douglas, Patrick Francis, John Patterson and Anthony Corder. TORA has two major releases Surprise Attack/Wild America through A&M Records that promoted five singles and videos (Walkin’ Shoes, Guilty, Phantom Rider, Amnesia and Faith Healer). The band has six independent releases, The Warehouse Sessions, Bombs Away, Miss B. Haven, Before and After, Revolution Day, and most recently a live performance concert Live from Minglewood, in Memphis #ROCKOUTCANCER. Live appearances have been at festivals Rocklahoma, Farm Rock, Rock & Skull and Monster of Rock Cruise. TORA is known for Zeppelin-influenced vocals and classic rock inspired, high energy musicianship.

In 2017, Memphis rockers Tora Tora were approached by Frontiers Music Srl about recording a proper new studio album and they enthusiastically jumped at the opportunity. The resulting new album, Bastards Of Beale, brings back the magic of the band s blues-rooted hard rock sound that gained them a loyal following upon their debut in the late 80s.