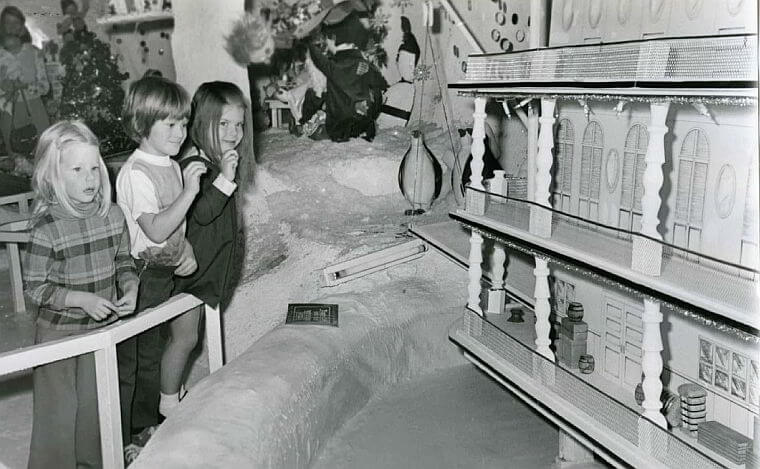 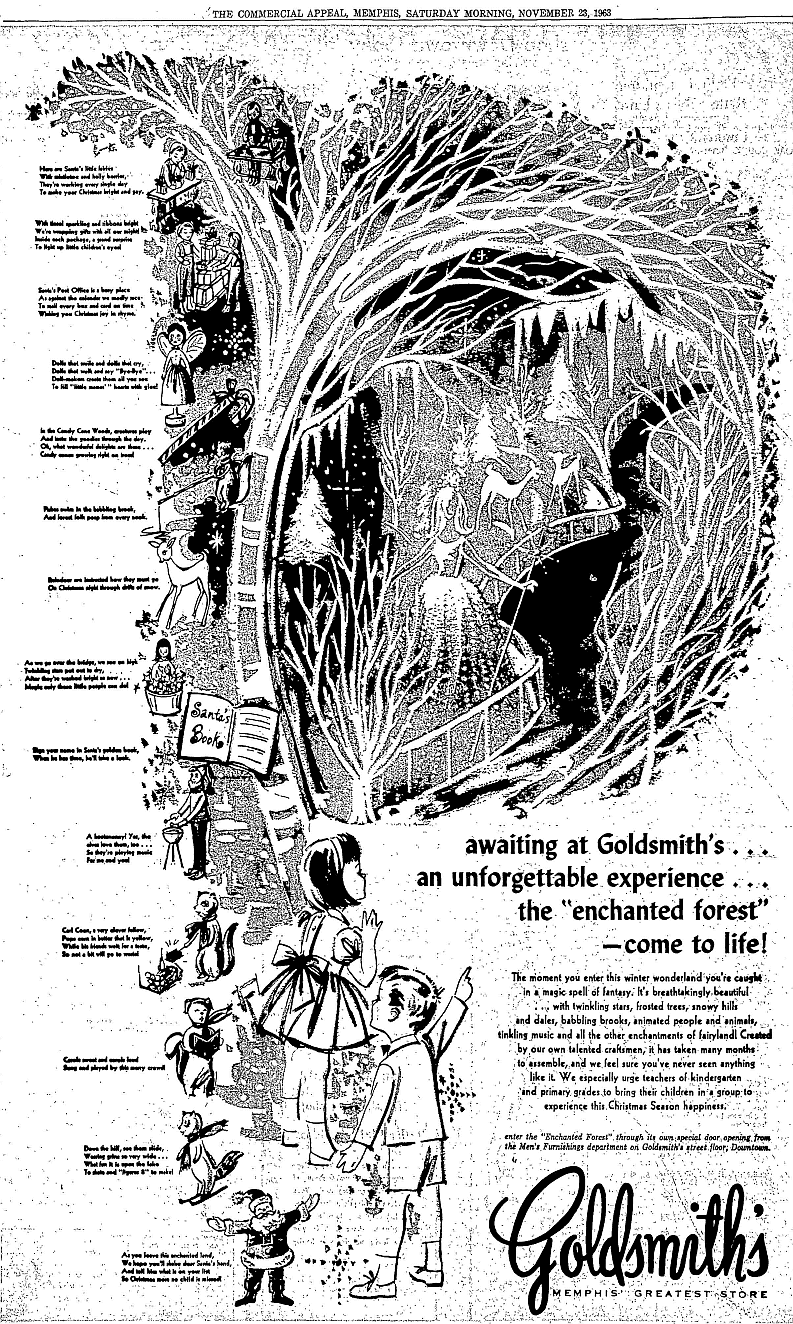 If you grew up within 100 miles of Memphis, you probably grew up shopping at Goldsmith’s. It was an integral part of the Mid-South’s shopping history. You may have memories of buying a prom dress, picking out your china pattern, or working your first job at one of their six locations. I know I certainly do. As a copywriter in their in-house advertising department, I relished peeking behind the curtain that created the experience of shopping. I loved riding the ancient elevator to our offices on the upper floors of the Downtown store, and on occasion, I shared the elevator with Mr. Goldsmith. Even though the store was sold to Federated Department Stores in 1959, the Goldsmiths remained active in the business through the final consolidation with Rich’s in 1988. Store employees parked in the garage across Front Street, and entered via a tunnel into the store. I was delighted when I learned one of the locked, nondescript doors I passed each day was actually the entrance to the Enchanted Forest. A faint scent of cinnamon wafted through the door year round.

The Enchanted Forest first opened in 1963, and this full page ad from the Commercial Appeal is from its debut year. Goldsmith’s Display Director George Hettinger created the exhibit, and based it on Walt Disney’s “It’s a Small World” exhibit at the New York World’s Fair. Barry Hartzog, Visual Merchandising Director, continued the meticulous maintenance and annual presentation of the display through the 1970s and 80s. I was two years old when the Enchanted Forest debuted; my first year as a copywriter was 1987, the last year it was held through the magical door in the Downtown tunnel.

This is the first in a 4Memphis series entitled “Retail In Retrospect.” In each issue, I will feature historical local retailers from a bygone era, from a time when shopping locally was not only a movement, it was standard practice. Our mission statement at 4Memphis is to “Seek the Peace and Prosperity of Memphis,” and one of the primary ways we accomplish this is to support our locally-owned small businesses. This column will be fond reminisces of local purveyors from department stores to specialty boutiques, Downtown to Germantown. Memphis style matriarch, Babbie Lovett will offer her perspective as a fashion consultant, shop owner, and participant in the Commercial Appeal’s Memphis Fashion Week in the 1960s. Be sure to come back with each issue to see where we’re “shopping”, and share your shopping stories with us on Facebook, Instagram, or via email at
Sandi@4Memphis.com.