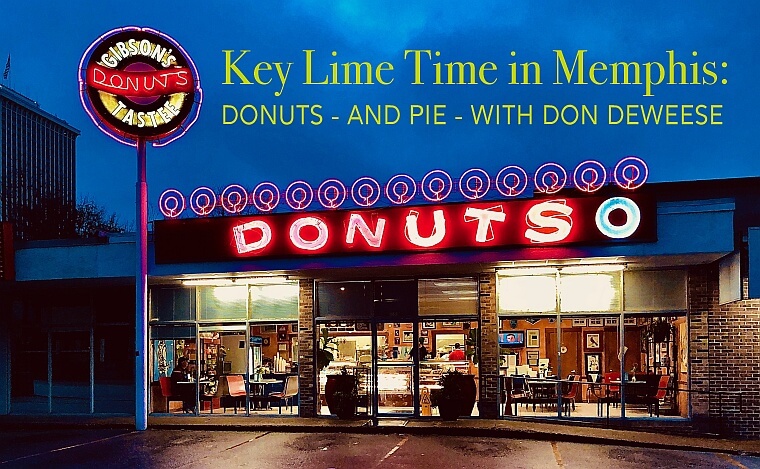 
Donuts - And Pie - With Don DeWeese

Don DeWeese must have sugar and sprinkles running through his veins because Gibson’s Donuts is in his blood. With his exuberant personality and welcoming smile, Don has made Gibson’s a Memphis landmark.
Don’s recent book, The Donut Man, is a recollection of the business of Gibson's intertwined with his life, family, friends, and of course those delicious donuts. As Alton Brown of The Food Network explains, "In Memphis is this donut place called Gibson's, which makes not just the best donut in the United States, but, as far as I'm concerned, if all the other donuts went away, and I still had Gibson's, I'd be okay." Don and his wife Rita are serial entrepreneurs. They owned several businesses over the years, but none have been as successful and notorious as the donut shop they purchased in 1996. Fun fact: Gibson’s is the largest one-owner, single-location donut shop in America!
While Glazed Donuts are the number one seller (followed by Chocolate, Blueberry, and Old-Fashioned), no one does specialty donuts like Gibson’s. There are traditional holiday-themed donuts such as Valentine’s, Halloween, and Christmas, along with an array of other specialty creations that have evolved into Gibson signature donuts. For instance, there are Red Velvet Donuts, Mardi Gras King Cake Donuts, Samoa Donuts during Girl Scout cookie time, and Peppermint Donuts at Christmas. The Maple Bacon Donut began as a joke when Don’s son Britton was competing in the Memphis in May Barbecue Fest; it is so popular, it has become a bestseller. Summertime in Memphis means Key Lime Pie Donuts, Pina Colada Donuts, and Watermelon Donuts are back.
Gibson’s Donuts taste better not only because it’s an experience to go there, but they are crafted better than other donuts. The competition’s donuts are smaller in size - a Gibson’s donut is 1.25 ounces (theirs is ¾ of an ounce). A Gibson donut is also lighter and airier because it has more yeast and rises three times (others only rise once). What makes the simplicity of Gibson’s Glazed Donut such perfection? “We use a very thin glaze, and it is glazed on both sides” Don explains. “Theirs is thicker, and they only glaze the top of their donut. When you bite into it, the glaze will crack. I think it is more like icing. Since we glaze both sides of the donut, it is fresher and more moist.”
Yes, a Gibson’s Donut is created bigger and better. But the little extra sprinkle of fun courtesy of Don DeWeese makes them the best donut ever!

Key Lime Pie Donuts are a summer staple at Gibson’s, but Don’s actual Key Lime Pie is equally well-known among his family and many friends. While the pie is not available at the shop (only the donut version), Don shares his recipe and the secret that makes it so good. His secret is simple: put the pie in the freezer. “Something happens in the freezer with the science of the recipe. It has a creamier, ice cream consistency,” Don said. 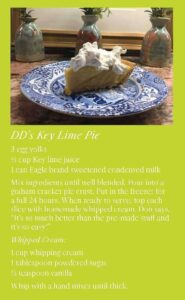 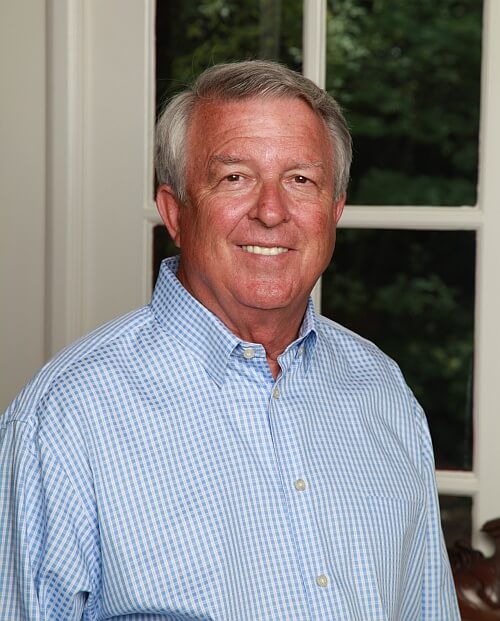 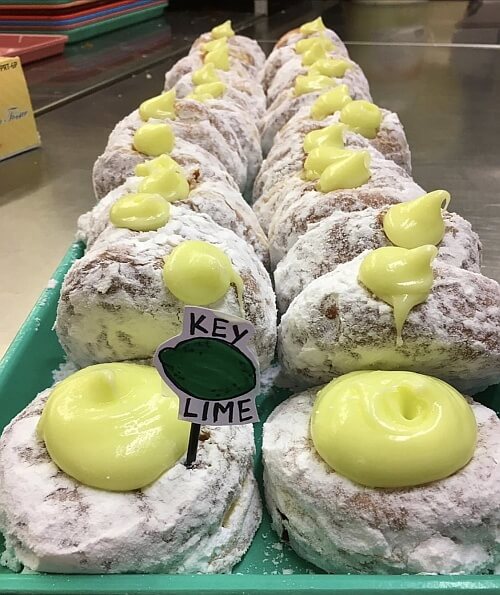 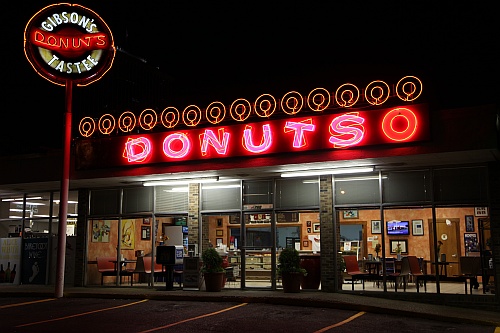