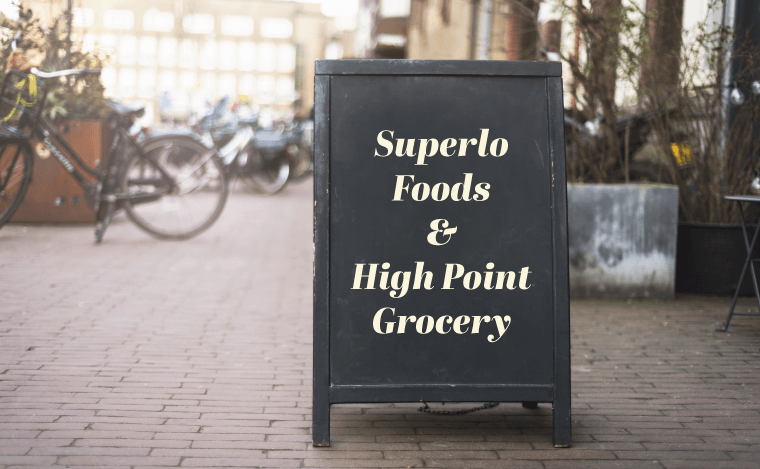 The Memphis grocery scene has certainly evolved over the years, but a couple of staple stores remain a popular destination for shoppers – Stepherson’s Superlo and High Point Grocery. 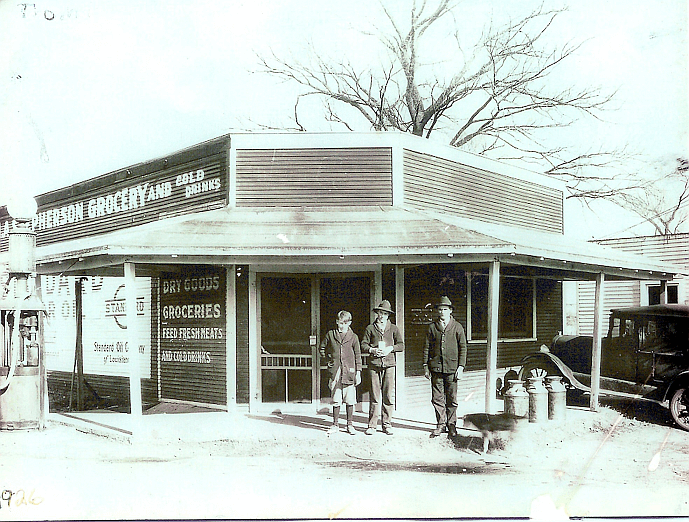 Walking into Superlo Foods is a real treat. Fresh-cut, quality meats at the meat department, a superb bakery, and a deli that features award-winning fried chicken matched with everyday low prices and friendly employees are just some of Superlo’s secrets to success.
In 2018, The Commercial Appeal named Superlo as one of the “Top Work Places”, and Superlo’s fried chicken was awarded second place in The Commercial Appeal “Memphis Most” Poll for Best Fried Chicken, and number two in Best Meat Market, and Best Grocery Store.
This grocery store has a rich history that dates back to 1944. Randy Stepherson, President of Superlo Foods, says that his father and two uncles (after they were discharged from World War II) went into business together. One of Randy’s uncle’s bought a grocery store on Rembert Street between Central Avenue and Peabody. Once Randy’s father and other uncle were discharged from the war, they came back and went into business together. They had two stores – one on Poplar Avenue and another on Macon Road – and in 1978 the two brothers (Randy’s uncles) retired and Randy and his business partner, Bob Reed bought them out. Bob and Randy’s brother Jack were in partnership with Randy’s father until the end of 1998.
For years, they were Stepherson’s Big Star. Big Stars were independent grocers made up namely of Stepherson’s, Baker’s, and Robilio’s until the 1990s. Stepherson’s Big Star was the current day Superlo at Spottswood in East Memphis, and Stepherson’s is still operating at Macon Road and Graham, which is their oldest store.
“We spent two years as Stepherson’s East, and during that time we came up with the plan to go everyday low price and quit running ads. In the fall of 1993, we became Superlo Foods,” Randy says. “In late 1999, Mega Markets went into bankruptcy…and in April 2000 we opened Superlo Foods on Covington Pike in the old Mega Market building. Within two years we had done well enough with it, and we bought a store in Frayser, which was a Piggly Wiggly that wasn’t doing well, but is doing very well fo us.” In fall 2009, Superlo opened at Winchester and Kirby (which was originally a Kroger.) In 2011, they opened a Superlo in Southaven, MS, on Goodman Road, and in 2014 they bought Cooper’s Neighborhood Market on Quince near Perkins. In late 2017, they bought the Cash Savers in Parkway Village, fully remodelled the store, and it is now a Superlo.
The modern-day Superlo boasts a fabulous selection of wine. “We made a decision to turn into a destination wine store. We are one of the top wine destinations in the city,” Randy says. The Spottswood store recently converted to all LED lighting, providing a nice, clean look for the store. 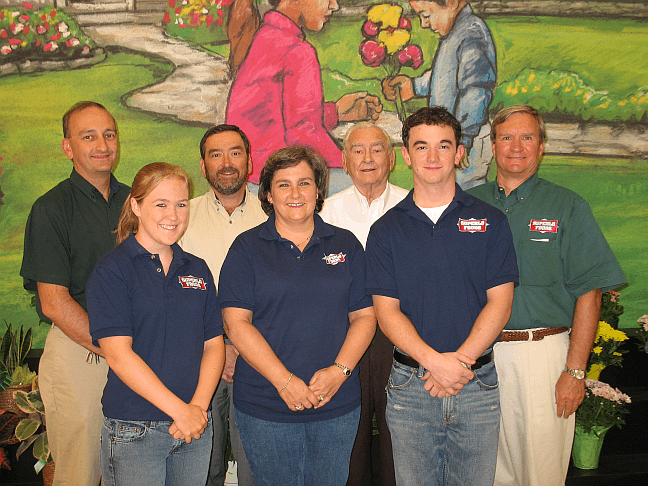 Superlo is an ESOP (Employee Stock Ownership Program) store company. Thirty percent of the company is owned by the ESOP, which is owned by the employees who have been there and over a period of time contributed to the program. “Our employees literally do have ownership, and the value of the ownership can be enhanced by the performance of the company, and when they retire that is theirs,” Randy says.
“We are known for our pricing, and when I say everyday low, we don’t rest our hat on ads with games or gimmicks – we price everyday low,” Randy says. “We are Superlo, and we operate as low as we can.”
With 8 total stores nowadays, Bob and Randy’s children are part of running the business as 3rd generation – Randy’s son J.R. Stepherson and Bob’s daughter Ashley Harris. Randy’s sister Beth Berry is the office manager, and his other sister Susan Cox is Deli supervisor. Randy’s brother Jack is also one of the working owners currently, and their dad Kenneth Stepherson retired at the end of 1998.
Superlo will be celebrating its 75th Anniversary this fall, and while it has surely grown over the years the basics remain the same: everyday low prices, quality foods, and friendly service! – LHC

High Point Grocery is tucked in the heart of the High Point Terrace neighborhood, and has been the heartbeat of this vibrant community since the 1950s. Today, High Point Grocery (HPG) is owned and operated by second- and third generation grocers, Charles Shirley, Jr., and Michael Shirley.
The store was bought in 1971 by Charles Shirley, Sr. Charles, Jr., worked part-time until he graduated from Memphis State and also taught school for a year before joining his father full-time as a partner in the grocery business in 1973. Michael started working in the store as a little boy, and he grew up working alongside his grandfather and father. He attended college in Chicago, worked in video production in Los Angeles and for two years maintained the official website for Britney Spears. Last June, he returned to the Bluff City to carry on the family business of High Point Grocery.
The charming store has a welcoming feel that starts when shoppers open the door and are greeted (often by name), and continues throughout the shopping experience. “We don’t want it to feel like Kroger,” Michael said. While the grocery is smaller than a mega-store and has a vintage vibe, it definitely does not lack in selection or quality of products. Throughout the store, locally-made products are offered alongside national brands. Being a locally-owned grocery, it is important to the Shirleys that they support local vendors. From Las Delicias chips and Beneva Mayweather yeast rolls to J. Brooks coffee and Wiseacre beers and everything in-between, they offer one of the best selections of local products available in the city.
Another popular offering at HPG is the fresh assortment of meat and seafood. The meat cases are stocked with certified choice angus beef, and the tenderloins are highly sought after, especially during the holiday season. One of the best burgers in town is the Alex’s Tavern Greek Burger, due in part to the freshly ground chuck, ground daily for Alex’s owner Rocky Kasaftes. The sausage is also freshly ground daily, and they stock a selection of fresh seafood. Butcher Gary Richardson has decades of experience, and he brings that expertise to the HPG customers with select cuts of beef, pork, and more.
The produce selection is fresh, varied, and meticulously maintained by Produce Manager Mark McGrath. “He came with the store,” laughs Charles describing the long-term employee. Several employees at HPG have been with the store for many years, and is just another reason it has such a family atmosphere.
Need a greeting card? They have got them. What about shampoo or aspirin? Got that too. All at competitive pricing, especially when you factor the convenience and service of shopping at High Point. Weekly specials are offered, and shoppers receive a weekly email detailing the in-store specials and new products. Charles notes that while the quality meat selection is a big reason so many shoppers frequent the store, there are also several other reasons too. “We have a good variety, and it’s easy to find what you need. If a customer needs help, our employees are available. Plus, we offer a large selection of local products, and if a customer has a special request for something, we do our best to stock it in the store,” he said.
Quality products, personal service and a friendly atmosphere are the hallmarks of this family-owned store, a neighborhood staple that offers groceries and so much more. This is particularly evident when your High Point Grocery run concludes with your bags being taken to your car. A perfect conclusion for a store built on tradition.
– SBH 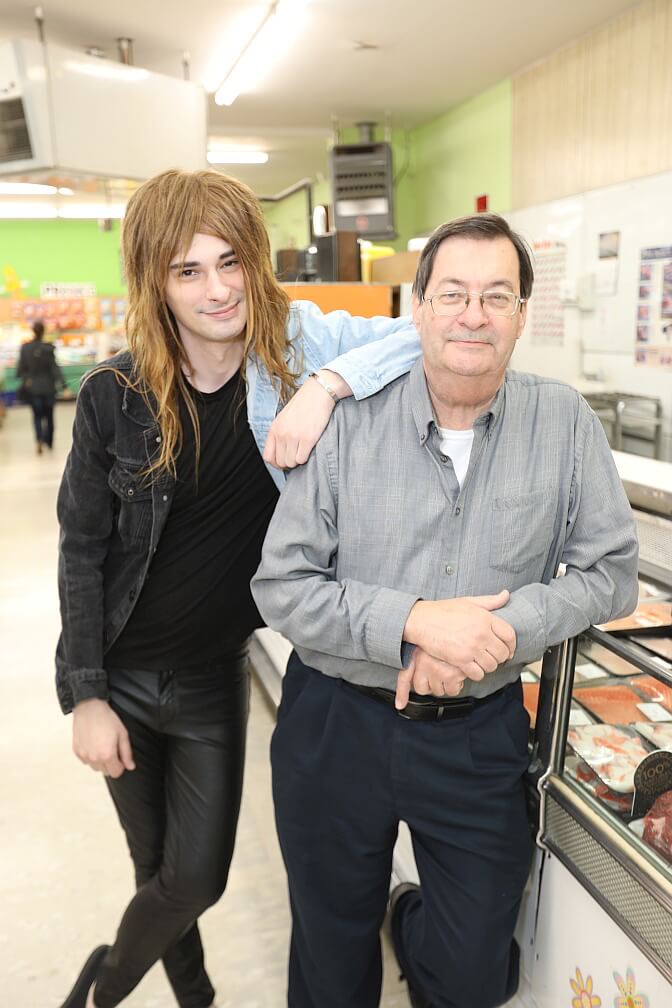 High Point Grocery is located at 469 High Point Terrace, 901-452-2378; visit highpointgrocery.com to sign up for a weekly email of new items carried in-store and grocery specials.