Let love and faithfulness never leave you; bind them around your neck, write them on the tablet of your heart. Then you will win favor and a good name in the sight of God and man. Trust in the Lord with all your heart and lean not on your own understanding;

It has been two weeks since the world woke up in shock to the election of Donald J. Trump as the next President of the United States of America. Newsweek scrambled to pull their hot-off-the-press issue entitled “Madam President.” They were so sure that Secretary Clinton would win that they set in motion the distribution of their current issue to cover what they thought would be her victory.
The citizens of this country have not only been in shock, but in some cases and in some places nearly at war with each other. I have many friends and colleagues that I don’t necessarily agree with in the voting booth. In most cases, this disagreement isn’t about what we want for this country or for our fellow citizens, our disagreement is more about which party and policies will deliver the shared desires of a kinder, safer, better-educated, and more prosperous country for all of our fellow citizens.

The politicians, who claim to represent us, live off the power that the government gives them, and the media makes a living by tearing us apart versus pulling us together. Jim Walker

I do not the fear the motives of my friends, nor am I afraid of what they want this country to look like, because we have a mutual respect for each other and we are not ﬁghting over money and power. The politicians, who claim to represent us, live off the power that the government gives them, and the media makes a living by tearing us apart versus pulling us together.

The wisdom of Proverbs tells us that the key to living with each other is Love and Faithfulness. Love and Faithfulness are the glue that holds friendships, marriages, cities and countries together. It is the key to being friends with those you disagree with because you trust their motives, even though you have a difference of opinions on method. This weekend I was working on a project with Reggie Davis, who is the Executive Director of Streets Ministries. He and I may have voted differently in this recent election, but if I could vote for Reggie to be President of the United States, I would have no fear of what he wants for our country.

I do not believe that the majority of Americans, when dealing with each other, are polarized to each other’s motives.Jim Walker

By our nature, we all work for what we think is best, but Proverbs tells us to “trust in the Lord and lean not on our own understanding.” Newsweek would not look so silly today if they had listened to the wisdom of Proverbs. In the political realm, elected officials battle over methods of governance, but we as individuals have to trust in the Lord and let Love and Faithfulness serve as the glue that governs our relationships to each other.

Seek the Peace and Prosperity of Memphis. 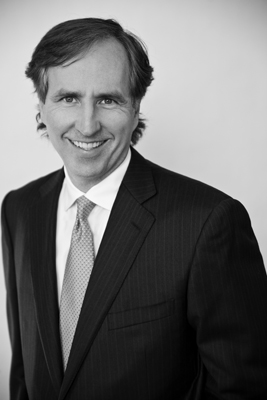