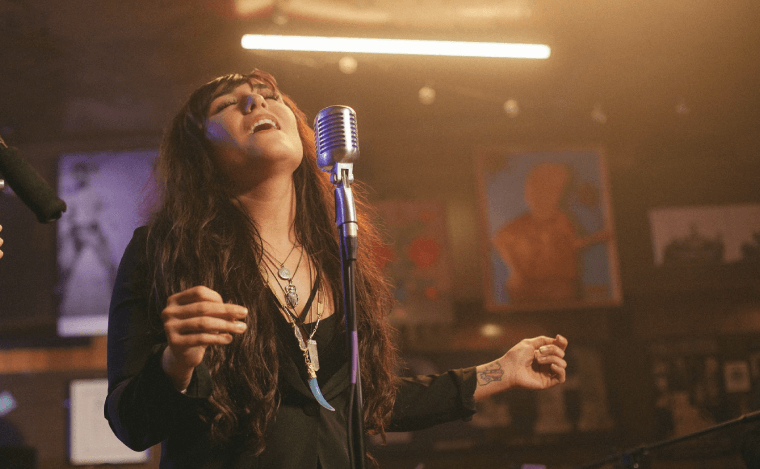 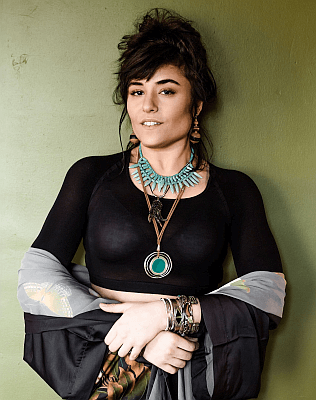 "Marcella has coined the term 'Swamp Soul Memphis,' and it perfectly sums up this Creole girl, brimming with Memphis soul."

Calendars synced and March 5 was decided as the date for the 4Memphis fashion shoot and interview with Marcella Simien (pages 46-52). Little did we all realize it was Fat Tuesday, a bit of serendipity as we feature this Creole beauty. She hails from Lafayette, Louisiana - but since 2009, she has become a full-fledged Memphian and music powerhouse.
Marcella moved to the Bluff City after high school to attend the Memphis College of Art. “I applied to SCAD in Savannah, a couple schools in New Orleans, and MCA. I got into them all, but I just really liked the vibe of Memphis. When I visited the college, I just knew this was where I needed to be. Driving through Overton Park, I felt the energy of the city and it just felt right.”
Marcella has been immersed in music her entire life. Her father is two-time Grammy award winning Zydeco artist Terrance Simien, and her mother, Cynthia, is his agent and manager. Marcella would often spend weekends in rural Louisiana with her paternal grandmother and bounty of cousins. “I feel really lucky to have had such a culturally diverse upbringing. Being a Louisiana Creole, we’re a mix of African, Spanish, French, and Native American. You can see that in my cousins: we are shades of every color and a really beautiful group of people.” As the only child of parents in the music business, she often joined them as they traveled and performed. In addition to her own musical DNA, she was surrounded by renowned music legends such as Taj Mahal, David Hidalgo of Los Lobos, and Dr. John. “It really helped to broaden my perspective at a young age,” she recalls. “It was a very enriching way to grow up. It was a family affair - the music was our life.”
While Marcella was a student at MCA, she began playing solo gigs, singing and playing her accordion. She began meeting fellow musicians, collaborating, and performing everything from folk to hip hop. “I’ve always had an open mind with creating,” she said, “and I was welcomed into the music community.”
Despite her dad playing the accordion, it wasn’t until she moved to Memphis that she began to play “his instrument.” But when she moved to Memphis,leaving behind her parents and Louisiana, she wanted to bring along a little piece of home - the accordion. “Sitting on the back porch with my dad at my student housing apartment on Tucker, he taught me how to play two Zydeco songs. Then that’s all I really wanted to play! It wasn’t until I moved here that I wanted to; it was like bringing a token of home and my heritage. It’s really beautiful because now that’s what I’m known for here.”
While attending school and playing gigs, she was also working as a server for Karen Carrier at her various restaurants, The Beauty Shop, Bar DKDC, Do Sushi, and Mollie Fontaine Lounge. “Karen is just amazing! I call her my Memphis mom,” she laughed. A couple of years post graduation in 2015, Marcella was able to leave the restaurant business and make music for a living. “I’m proud to say that I make the majority of my income here, playing in town,” she shared. “I feel really, really lucky to be able to do that.”
Marcella’s voice is a rich blend of Memphis soul and her Creole roots. In her official bio, Memphis producer Boo Mitchell said she is “one of the most soulful artists I’ve heard since the glory days of Memphis soul music. Her sound and stage presence are constant reminders that soul music is still alive and well.”
Not only does she have her voice as a powerful instrument, but she is also a very talented musician who plays accordion, guitar, autoharp, bass, and piano. She first learned to play piano when she attended a Montessori school, with art and music both offered daily as part of the regular curriculum. She also began writing poems and songs at a very young age. “That was my way of understanding the world; it helped me to understand myself and grow. The writing is a primary part of my experience as an artist and musician.”
Marcella has coined the term “Swamp Soul Memphis,” and it perfectly sums up this Creole girl, brimming with Memphis soul.
For links to Marcella & Her Lovers music, show schedule, and more, visit marcellaandherlovers.com.