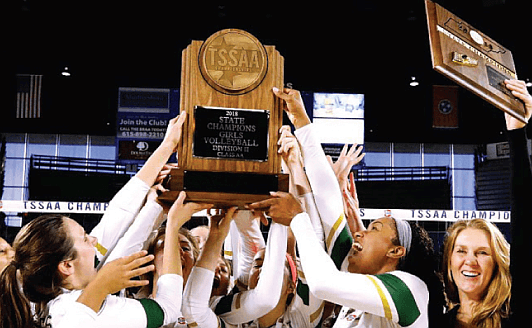 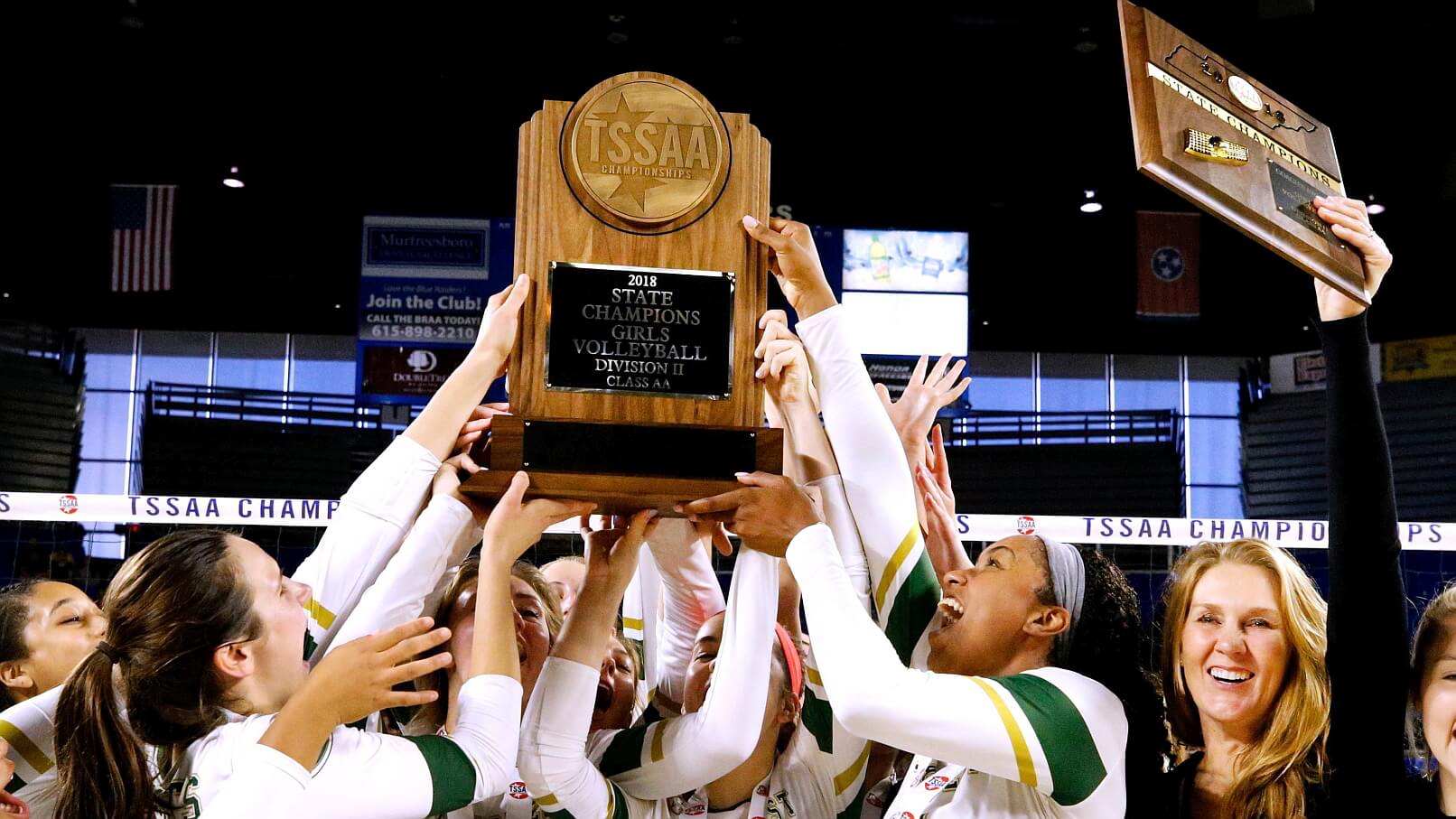 In an intense match-up between the Baylor Red Raiders of Chattanooga, and the Briarcrest Christian School Saints of Memphis, the fans at Middle Tennessee State University have never seen such an electrifying game of volleyball. With their determined work ethic and amazing teamwork the Briarcrest volleyball team has conquered yet another Division 2 AA title. The Saints ended the 2018-2019 season with fourty wins, two losses and a ranking of #15 in the country. The team was led by senior, Alabama commit, Aliyah Wells, who by the end of the state tournament, was named Most Valuable Player. As well as Aliyah’s commitment to Alabama, the Saints have two other notable commitments, junior Loren Robertson with the with the Christian Brothers University Bucs. Alongside four seniors last season, the Saints volleyball team created a memory to last a lifetime.

A hard fought battle in the 2018 Class AAA Girls Soccer State Championship game in Murfreesboro allowed the Houston Mustangs one more shot to take on the Collierville Dragons. Houston came into the game as defending state champions had a lot to live up to as they were ranked fifth nationally and first in the state. Houston also came into the match with a previous 2-1 loss to Collierville in the regular season finale. With about ten minutes left in the second half, Arkansas commit, Cara Young shot and scored. All throughout the game Young displayed the determination and hard work the team needed to secure the game. The 1-0 win put the Mustangs back on top. This win distinguishes Houston’s third state championship in four years.