Memphis music and Shelby Farms Park are two incredibly unique assets for the Bluff City. When you pair the two, you have the foundation for an outstanding opportunity and so began the Mempho Music Festival. Diego Winegardner, founder of Mempho, grew up in Memphis, and traces his love of music and the inspiration for Mempho back to his Memphis roots.

“Growing up in Memphis and being immersed in the music culture here, growing up seeing B.B. King on Beale Street, left an indelible mark on me and also my view of the world. In particular, it taught me a lot about music and Memphis’ place in American music history,” Diego said. It had been several years since he had returned to his hometown, until a couple of years ago. He reconnected with high school friends who took him for a bike ride on the Greenline. That bike ride resulted in a “lightning bolt moment” when he looked out over Shelby Farms Park. I was completely blown away. The redevelopment team, starting with the Hydes and the park management and Jen Andrews have done a tremendous job in building what I think will be a perpetual asset for the city of Memphis and big draw for people all over the country. It’s a real model for how an urban park in America can have a dramatic impact on this community. I find Shelby Farms to be utterly the nicest urban park in America, and a tremendous asset for the city.” 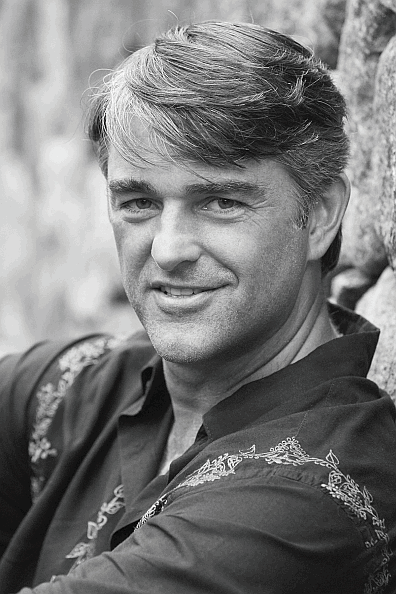 As a music fan, Diego has attended 1000s of live concerts, including all of the major festivals in the United States and internationally. He got to know some of the large promoters through his work in finance in New York, and he began learning how the music festival business model works. Mempho is his first foray into the business he had previously enjoyed as a hobby. In year two, the festival is growing and evolving, and this year’s offerings build on the success of the inaugural event. A blend of nature, music, food, and art, Mempho  promises something for everyone. For the first time ever, Shelby Farms is allowing large-scale camping with 400 sites available. Festival goers will be allowed to exit and re-enter so they have the chance the enjoy the regular Shelby Farms’ amenities such as horseback riding, kayaking and ziplining, plus exclusive Mempho experiences on the festival grounds. Visual art installations will be placed throughout the festival grounds, an interactive dome with DJs, after-party, supergroup performances, and other surprises. The lineup features a mix of contemporary artists and Memphis music greats. Royal Studios will be honored for 2018, and with that comes a tribute with performances from William Bell, Bobby Rush, Project Pat, Frayser Boy and the Hi Rhythm Section. Mempho is also presenting a very rare performance by Chuck Leavell and Stones Throw. Chuck is the keyboard player and musical director for the Rolling Stones, and has assembled the entire Stones backup band and singers to perform in this extraordinary set at Mempho. The second stage this year is sponsored by Hard Rock International and will be almost as large as the main stage last year. VIP ticket holders will be treated to exclusive performances by the festival artists in addition to special VIP amenities. Attention to detail for all festival goers, whether general admission or VIP, is important to the overall festival experience, and those details include free water, clean restrooms, plenty of food and drink vendors, and shady areas.

We would like Mempho to be the preeminent music festival east of the Mississippi in the fall.Diego Winegardner

“A lot of things have to line up to get it right, but when I think about the most successful music festivals around the country, it starts first and foremost with location. Check that box with Shelby Farms Park,” he said. Keeping the park in pristine condition is also important, including waste management and recycling, and they are proud to announce that the festival is straw-free certified. “We want to make sure we leave the park just as we received it. ‘Leave no footprints behind,’ is an important component to us” Diego said. Last year over 80% of the waste was diverted, with the goal being 100% as the festival continues.

While the inspiration began with a premiere location, Diego also envisions a “higher calling” associated with Mempho and for it to be more than simply music on a stage. “For me, being a passionate defender of Memphis wherever I am, I felt there was a unique opportunity to retell the Memphis music history story. I felt there was a real opportunity to bring some of that energy and spirit back to the city, to highlight the rich, incredible history across so many genres with Memphis as the birthplace of blues, soul, and rock-and-roll.” He sees Mempho as a catalyst for young people and others interested in the music industry to move here or to stay here rather than heading to Nashville or Austin. “Memphis is a super-affordable city, and if you’re starting out in your career, cost of living is always a factor of where you move; but also opportunity for people who are interested in the music  industry.”

Another part of the Mempho higher calling is the non-profit Mempho Matters, and last year a pilot program, “Learn to Rock” was launched. The goal of the program is to build bridges into the Memphis community, in particular music students and teachers in the Shelby County School system. It is an opportunity for kids and teachers to receive tickets to Mempho,
and almost 2,000 were given away last year. Eventually, the non-profit will replenish music instruments in local schools and to create after school music programs. “If we could launch the career of the next Aretha Franklin or Al Green, that would be something,” Diego hopes.

Mempho Music Festival is a weekend of great music in a beautiful setting, courtesy of Diego Winegardner and his heart for his hometown.