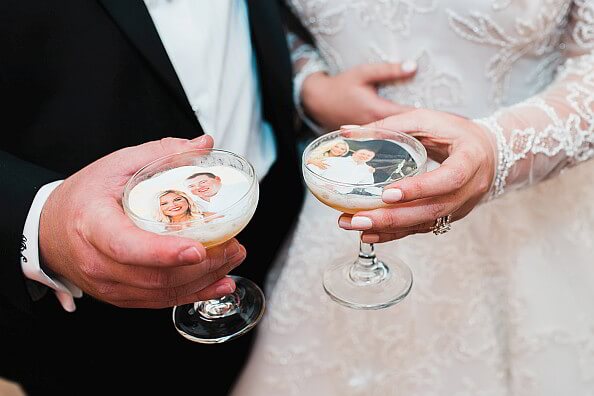 Lee Anderson Roper and Edwin Walter Barnett, Jr. were united in marriage at Independent Presbyterian Church in Memphis, TN, on November 25, 2017. The double-ring ceremony was performed by the Reverend Edward Norton.

The bride is the daughter of Mr. and Mrs. Matthew Tully Bond and the late Mr. Michael Allen Roper. The groom is the son of Mr. and Mrs. Edwin Barnett, all of Memphis, TN. 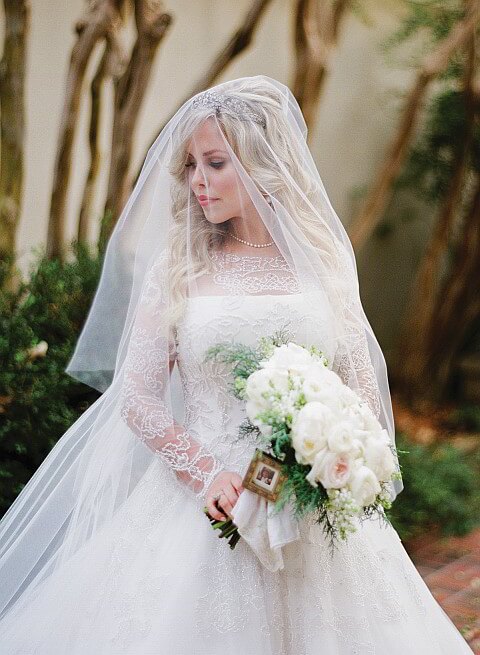 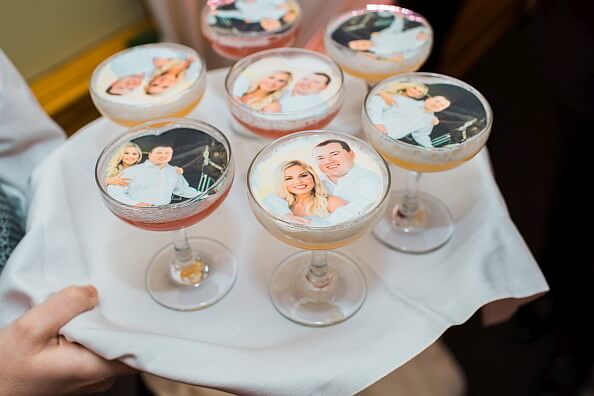 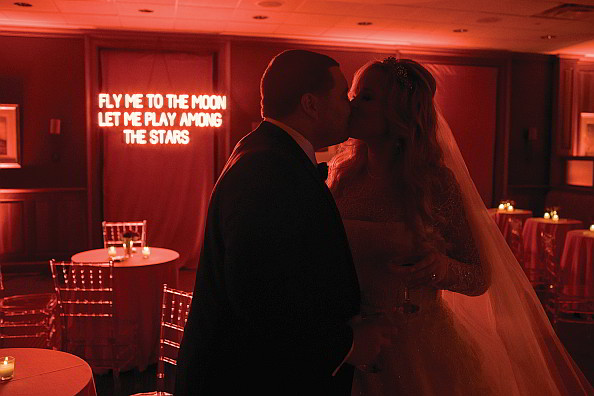 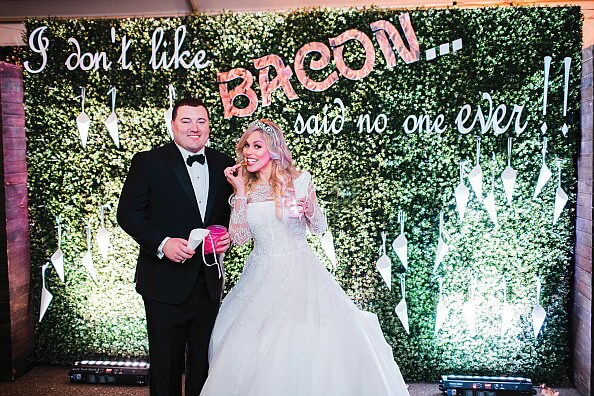 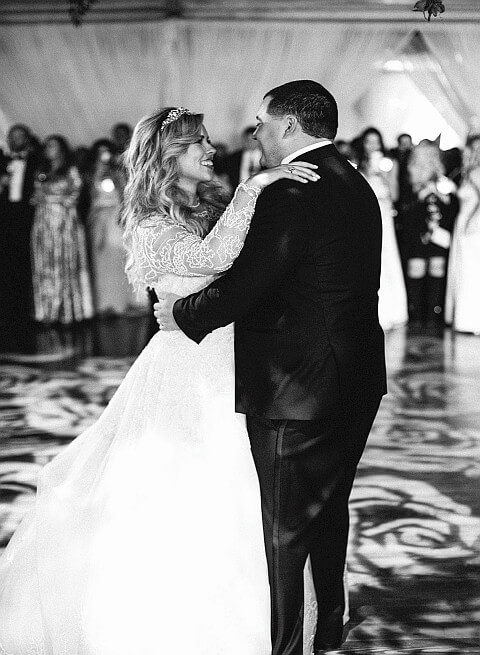 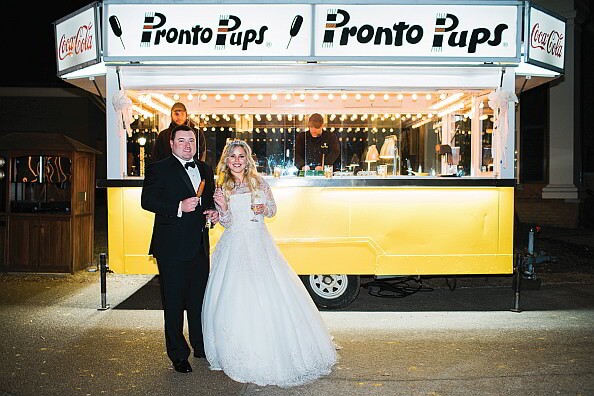 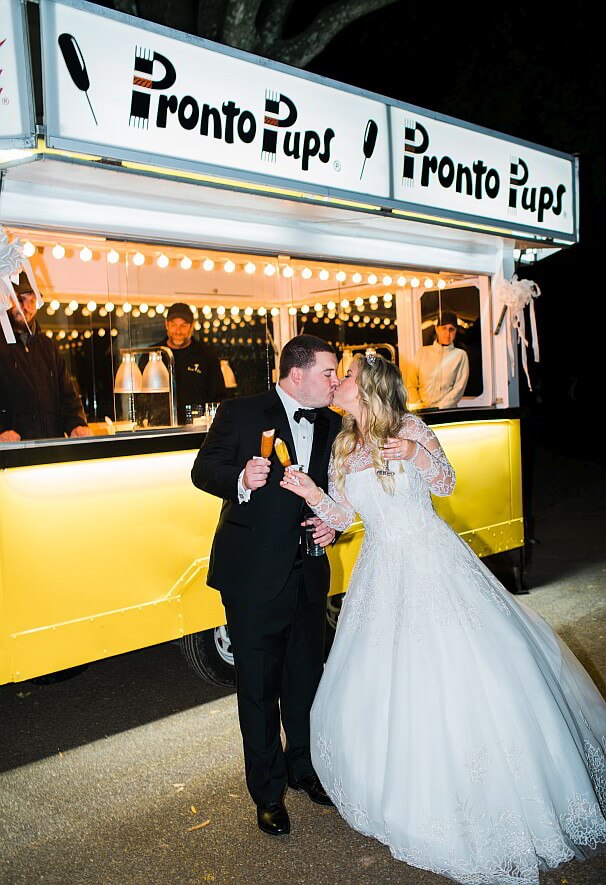 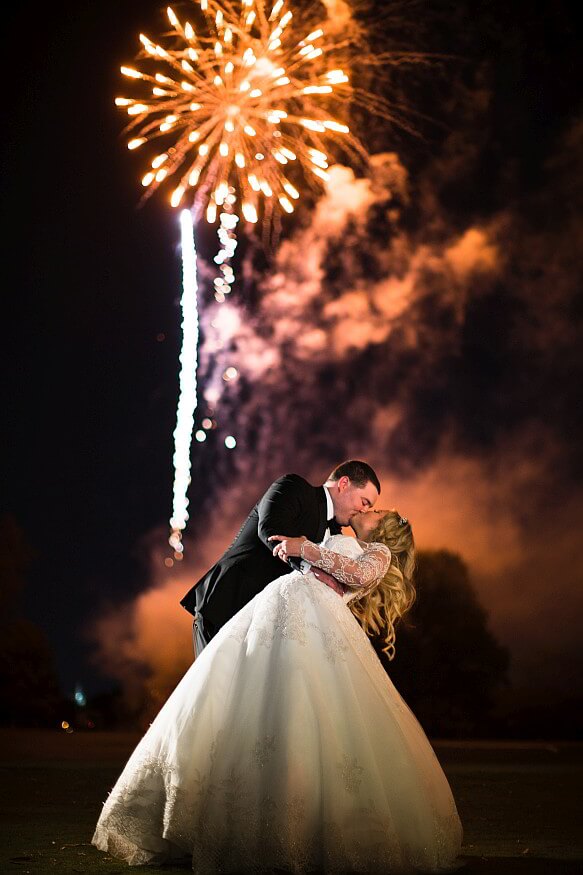 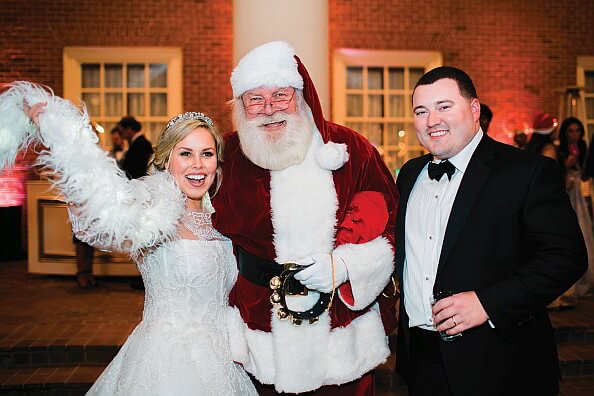 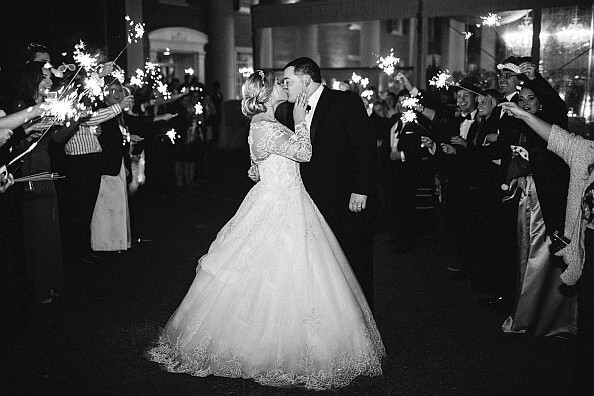 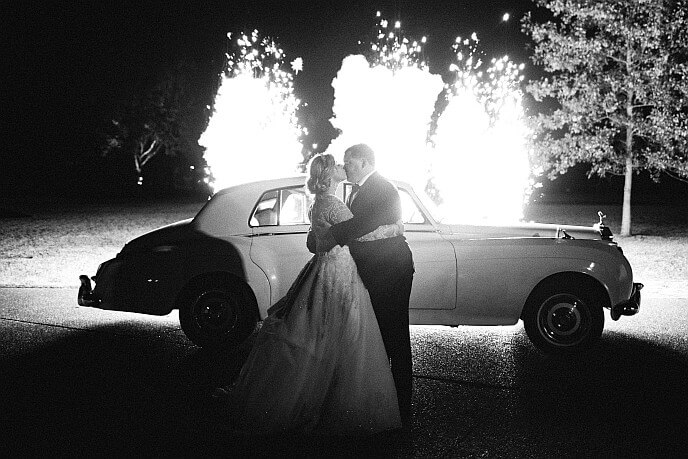 Lee Anderson wore an A-line long sleeved gown, custom designed by Monique Lhuiller. It was made with ivory and white French tulle with handmade embroidered beaded lace with an illusion neckline. She wore both a cathedral-length train and two-tiered illusion veil. The lace on the wedding gown was echoed on both the train and veil. Her jewelry accessories were a special pair of two-tiered pearl and diamond earrings borrowed from a dear family friend as well as a French antique tiara adorned with crystals, a gift from her mother. A blue heart shaped piece of fabric from her late father’s favorite shirt was sewn onto the inside of her gown. Also sewn on the inside of the gown was a sentimental piece of lace given to her by her mother. Completing her ensemble was a bouquet of different shades of white peonies, tulips, lilies of the valley, roses, and greenery wrapped in satin ribbon. In her bouquet, she carried a handkerchief given to her by her paternal grandmother that belonged to her paternal great grandmother, and tied to that was a small photo of her father.
Attending the bride were her Maids of Honor, Jolie Browning, Savannah Roper, and Meredith Garvin. Her Matrons of Honor were Mary Madison Wells and Elizabeth
Shanahan. Her other Bridesmaids were Hannah Walker, Hannah Bingham, Amy Dempsey, Rachel Jayroe, Seabran Lee, Ali Delgado, Sydney Naylor, Stevie Leonard, Jennifer Kirschten and Caroline Sutton, cousin of the bride. The Flower Girls were Abby Crane Budzak, cousin of the bride, Caroline Nannie, Gracely Barnett and Wesley Kate Barnett, nieces of the groom. The Bridesmaids wore pale gray satin floor length dresses and carried bouquets that complimented the bridal bouquet. The Flower Girls wore smocked, handmade heirloom dresses with French lace and satin ribbons.
Ed Barnett served his son as Best Man. Walter’s Groomsmen were Wes Barnett, brother of the groom, Michael Roper, brother of the bride, Joel Reeves, Will Hayden, Ben Still, Derek Haynes, Rhobb Hunter, Trey Manley, Patrick Boyer, Stewart Vaughn, Clay Wammick, Neal Quirk, Mitchell Stogner, David Ruben, Alston Owen, and Nash Gilmore. His Ushers included, Tully Bond, brother of the bride, Devin Thompson, cousin of the bride, Philip Yandell, William Walker, Colter Albritton, and Lane Bobo.
The Ring Bearers were Braxton Sutton, cousin of the bride, and Charlie Nannie, nephew of the groom. They carried handmade smocked pillows made by the bride’s maternal grandmother. The Bell Ringer was Reed Budzak, cousin of the bride.
A selection of favorite sacred, Christmas, and classical music was chosen by the mother of the bride and arranged and presented by Mrs. Jennifer Valezquez, organist at IPC, along with the Beth Luscombe Orchestra. Vocalists for the wedding were Natalia, Christina, and Hannah Morris of Southern Halo, long time friends of the bride’s family, as well as Meredith Lessley of New York City, friend of the bride. Preceding the Lee Anderson’s entrance was a bagpiper playing Scotland the Brave, in honor of the Walter’s heritage. The scripture readers were the bride’s uncles, Scott Budzak and Brian Sutton.
A reception was held at the Memphis Country Club. Guests enjoyed various themes throughout the night including a speakeasy with music provided by Jeremy Shrader and company, a disco featuring a silent disco and a light up dance floor, a sports bar with Blind Mississippi Morris playing as well as a pronto pup truck. The tent featured the primary band, The Right On Band, and had clear walls and ceiling
so that guests could enjoy the late night fireworks. A fun feature that bridged all of the rooms together was a hallway that included a wall of hanging cones of bacon with the phrase, “I don’t like bacon….said no one ever….” hanging above - an idea suggested by the bride’s stepdad. The couple danced to their favorite song, “Fly Me to the Moon” in front of their adoring friends and family. At midnight guests were treated to custom milkshakes adorned with donut holes, Christmas suckers, mini cupcakes, popcorn, and other goodies. French fries completed the late night treats.
Lee Anderson and Walter enjoyed a sparkler send off as they departed the reception.
After a honeymoon to the Maldives and Dubai, the couple is making their home in Harbor Town.