The Making of the National Civil Rights Museum

On April 4, 2018, the world will turn to Memphis and the National Civil Rights Museum at the Lorraine Motel where Civil Rights leader Dr. Martin Luther King,Jr. was tragically murdered 50 years ago. They will come to pay their respects at the museum that Memphis Circuit Court Judge D’Army Bailey founded.
It began with a dream, D’Army Bailey’s dream – to preserve the motel where civil rights leader Martin Luther King Jr. was assassinated and turn it into the National Civil Rights Museum, a vision and commitment that he worked wholeheartedly from 1981-1991 to make a reality. 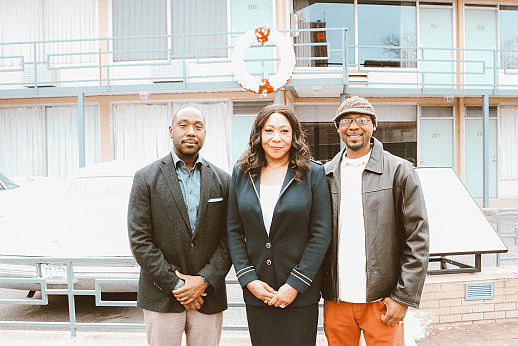 As the saying goes, beside every great man is a great woman, and that great woman is Adrienne Bailey, D’Army’s wife.Married for 40 years, they have two sons Justin who is a Senior Attorney, litigation for FedEx Freight, and Merritt, who is pitmaster/owner of a barbecue restaurant he recently opened in Memphis called Ball Hoggerz.
Adrienne’s life with D’Army was full of exciting times. “My life with D’Army was of inclusiveness.” Adrienne realized early on in their relationship that what brought her joy was realizing that D’Army didn’t just belong to her, but he belonged to the world. “I encouraged and supported his freedom to pursue his dreams. I can recall the many times we sat at Mulberry Street, in front of the Lorraine Motel, after a night-time social event, looking up at the balcony, and D’Army saying ‘we have to preserve this important piece of history’.” When I see people on the balcony at the museum, it makes me realize D’Army’s dream… and I truly supported him to restore the motel. And that’s why I love the spirit of D’Army – if he couldn’t make things happen one way, he would change gears and strategies and go another way… he stayed on track for 10 years to make this happen.”
“D’Army knew people from one end of the country to the other; he touched a lot of people,” Adrienne says. Among those people is President Bill Clinton, who even gave the eulogy at D’Army’s funeral services in July 2015. Adrienne says when Bill Clinton walked in the door of the church he said, “I had to come…I loved the guy”. Featured in President Clinton’s 2015 book Select Remarks is a chapter dedicated to his eulogy for D’Army, and in it Clinton states how much he admired D’Army.
In addition to being a successful lawyer, D’Army was a circuit court judge, civil rights activist, lecturer, author, and film actor. He attended Clark University in Worcester, Massachusetts, and received his law degree from Yale University. Over the years, Clark University honored D’Army with an honorary doctorate, an Outstanding Almnus Award, and a fund named in his honor – “the D’Army Bailey Fund for Diversity and Inclusiveness”. D’Army also lit up the silver screen as he played the role of a judge in The People vs. Larry Flynt, a preacher in How Stella Got Her Groove Back and other roles in movies including Cigarette Girl and Insecure. Over the years, Adrienne and D’Army entertained many famous and influential people in their home, namely Muhammed Ali, Rosa Parks, Danny Glover, Maya Angelou, Woody Harrelson, Cybill Shepherd, Blair Underwood, and Supreme Court Associate Justice Clarence Thomas. 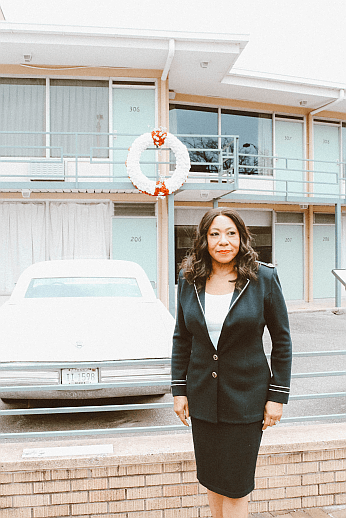 Adrienne- who grew up in Chattanooga, Tennessee with three sisters and her parents Marion and Ophelia Leslie- is highly-accomplished herself, having graduated from Stephens College with a degree in Communications. Adrienne has contributed greatly to the Memphis community by volunteering and serving on many boards. “I realized early on that while being married to a successful, busy man it was important that I have my own interests and work,” she says. Adrienne worked at the Memphis Food Bank for five years; served on the boards of Memphis City Beautiful Commission and the Selective Service Board; was Chairman of Memphis in May Children’s International Festival; and was President and CEO of Big Brothers Big Sisters of the Mid-South, Inc. for twenty years, retiring in 2015. Adrienne also enjoyed the honor of running as an Olympic Torchbearer in May 1996 and December 2001.
Adrienne shares something that she loves that D’Army said: “I set out to preserve the Lorraine Motel, and create and build the museum, and now it’s done!”. When their sons were growing up they often asked Adrienne, “Where’s Pop? Working on the museum?” Yes, he was, and what a gift he gave to Memphis and the world.