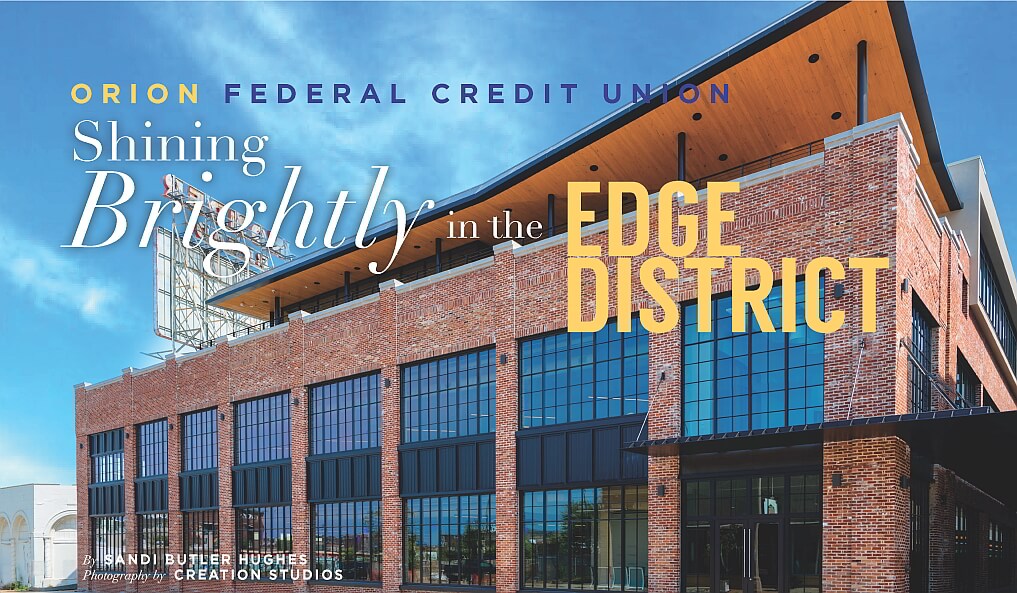 When Orion Federal Credit Union began the search to relocate their corporate headquarters, it was about more than just a new facility - it was also about supporting the Memphis community. After exploring and assessing options citywide, they decided on the former Wonder Bread bakery building, and with this move, they became an anchor tenant in what might have been a forgotten, deserted area of the city core.

"When considering a new location for our headquarters, we saw an opportunity to benefit Memphis and the communities we serve," said Daniel Weickenand, CEO of Orion. When viewed from above, the Edge appears as a large “X,” tucked into a sliver between the Medical District and Downtown Memphis. It is marked at one end by Sun Studios, punctuated by a metallic blue “awning” of sorts extending over Marshall and Monroe, crossing over Danny Thomas, and dead ending into AutoZone Park. The area has experienced growth with the Trolley Stop Market and High Cotton Brewery, but overall, the Edge was languishing in abandoned buildings. Orion's decision to move to the Wonder Bread factory was an intentional
effort by the Orion Board of Directors and executive team to address long-term blight and drive economic development in Downtown and Memphis as a whole. "A strong city core can create a ripple effect for development and energy throughout the region. We're proud to be a part of that with this move,” Weickenand said.

The Orion headquarters move is a powerful catalyst for development in the Edge. Since announcing its plan to be the cornerstone corporate tenant in 2017, several companies and developments have also announced expansion plans in the area. A new apartment complex is under construction with 286 units, and according to the Downtown Memphis Commission, 155,000 square feet of retail, office, and mixed-use space are spread throughout the Edge Redevelopment.

"We see Orion's move into Downtown Memphis as more than an obvious sign of their commitment to our city. We also see it as a signal to others that Orion - this progressive, forward-thinking enterprise - sees real value in being in the Edge neighborhood of Downtown. Orion isn't just excited about the changes happening in our core city, they are helping to create them," said Jennifer Oswalt, President and CEO, Downtown Memphis Commission.

The Wonder Bread building was built in 1921, and has been vacant since 2013. It is in a high-traffic area, with much visibility from tourists visiting Sun Studios. The “Wonder Bread” sign atop the building has been iconic in this area of Downtown, so the decision was made to pay homage to the history of the structure by keeping the sign in place and restoring it with updated lighting. Orion chose to keep the original shape and bones of the building and add a third story. A new exterior façade has been installed and is made of reclaimed bricks from the original structure, giving it the look of the period factory but with secure and modern specs. The third floor addition offers the 150+ employees a break room and rooftop deck with sweeping views of Downtown. While the new office space is modern, with open and collaborative spaces, the bakery days still are a part of design including a huge flour shoot that was salvaged and converted into a light fixture. The historic "Cadillac Building,” adjacent to the Orion headquarters at the corner of Danny Thomas and Monroe, will also be preserved. Renovations for the building are planned in the future, including the empty lot area that serves as the entry into the Edge District.

The Wonder Bread factory conversion is the second commercial development Orion has selected specifically to address blight and based on its commitment to impact the community. In 2017, a LEED Silver Certified branch was completed across from Le Bonheur Children's Hospital on an abandoned brownfield site that was once a gas station. Weickenand stated, “We wanted to go beyond reactivating a dead street corner. We wanted to build something that members and the neighborhood would be proud of, and even more, would reflect the change and evolution going on in the area. We’re proud to reside in the Medical District and even our footprint is positively impacting this neighborhood.”

Orion has been a dedicated local partner for more than 60 years, with more than 72,000 members and $900 million in assets. Over the past several years, Orion has supported well over 100 non-profits in the Memphis area and has given more than $2 million in community support. A core belief in community has driven the company to pay that support forward and invest in a better Memphis. "It's a win for our city when large or small companies and nonprofits make business decisions based on corporate social responsibility to our city and our community,” Weickenand said. “We felt it was important to evaluate the return on investment to Memphis and our membership. Memphis is our home, and we want to see it grow, develop, and evolve." 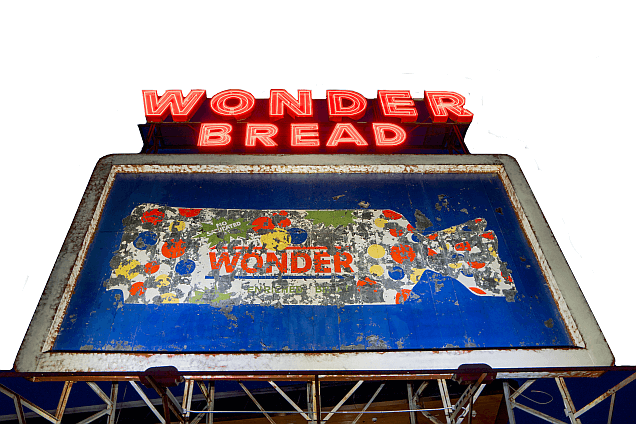 Share Shining Brightly in the Edge District from 4Memphis!