The door opened and Stephen Christenbury shuffled in. One look at his misshapen saunter was enough to recognize the severity of the injury. One of his legs was covered from thigh to ankle in a stiff cast, forcing the MUS senior to shuffle awkwardly across the room as if he had an ancient wooden prosthetic. He cautiously lowered himself into a seat, careful to keep his leg from bending. Christenbury, an offensive tackle on the MUS line, was in a football game last month when another player collided into the side of his knee. His leg buck-led inward. “I heard and felt it pop so I knew right there that I tore something,” Christenbury said. Having spent almost a month already in the leg brace, physical therapy is still needed before he re-join his teammates back onto the field. For many high-school students, coping with various injuries is routine when participating in athletics, as almost one million athletes check into the emergency room each year. For others, however, sustaining an injury grants them newfound appreciation and love for their sport — a certain realization that only comes with the sport’s vanishing right before their eyes. All it takes is one wrong step, one awkward landing, one hard collide, and an entire year is changed. Having played football all his life, Stephen has grown accustomed to the afternoon practices and Friday night games as if they were part of his lifestyle. The sudden departure of the sport from his life was almost like a part his identity was stripped away as well. “When you’re younger, it’s almost like a vacation from sports when you are injured, but being a senior, I re-ally want to be out there since I’m running out of time,” he said. “Time is precious when you don’t have a lot of it.”While in a football game last month, junior Darnell Hargrove took a thundering hit on his side and immediately noticed something was wrong with his shoulder. The CBHS cornerback remained in the game despite the pain. A visit with the trainer and one MRI later, it was revealed that he had a severe neck injury — one that would keep him separated from CBHS’s Tom Nix Stadium forever. “I won’t ever be able to play football again,” said Darnell. “I had to accept that it was all over and I had to walk away.” At the drop of a hat, practices that once seemed routine and repetitive suddenly became nostalgic. Seasons that players so desperately wished to end suddenly became cherished. Despite the injury, his involvement in football is far from over. Remaining an active participant in athletics while injured is important — as is adapting to new circumstances. “Cheering on my team from the sidelines is the thing that helps me the most because it makes me feel like I am still on the team even though I can’t play,” he said. “It’s nice to know I can still be useful coaching and leading the younger guys without being on the field.” Suddenly being denied access to an activity so ordinary and commonplace leaves many students with an empty void in their lifestyle and identity, gaining new appreciation and love for a sport they’ve taken for granted their entire lives. Many end up feeling incomplete or unsatisfied once something so essential and important is abruptly ripped from their daily routine.Suffering an injury as a senior is especially traumatizing, as their entire athletic journey screeches to a halt a year too early with no warning whatsoever. Micaela Dusseault, a senior at Hutchison, was in the middle of a soccer game when she collided with another girl as they both dove for the ball. The force of the hit pushed her knee inward. “They thought the injury was just my MCL at first, so I was rehabbing for an MCL injury for two months,” Micaela said. “then I finally got an MRI and it turned out to be a total ACL tear.” 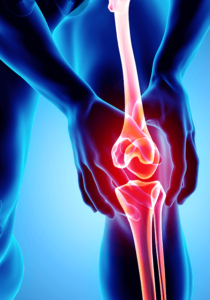 With a recovery range of six to nine months, Micaela is expected to miss the entire rest of her senior year. “The hardest part is not getting to play my senior year of soccer with some of the most amazing girls that I have grown up with my whole life,” she said. “The hardest part is watching the game and not being able to play and make an impact.” Luckily, Micaela is expected to recover and continue her athletic career at the University of Mississippi, where the coaches and staff are eager to help her on the road to recovery. After an opening kickoff, it’s not long before cheers erupt, before friends roar with excitement as their team puts the night’s first numbers up onto the empty scoreboard, before more hoops and hollers echo over the field to the opposing side. And before the cheers quickly die in awkward confusion and a mournful silence takes its place throughout the stands, as eyes rest on a player lying motionless on the thirty yard line. Severe injuries are becoming increasingly more common in high-school athletics. Many athletes’ careers are ending prematurely, and countless seniors are forced to watch their team from the sidelines. It isn’t until an activity so routine and conventional as sports — something that so many take for granted — is stripped away when athletes realize a piece of their own identity has been taken as well.