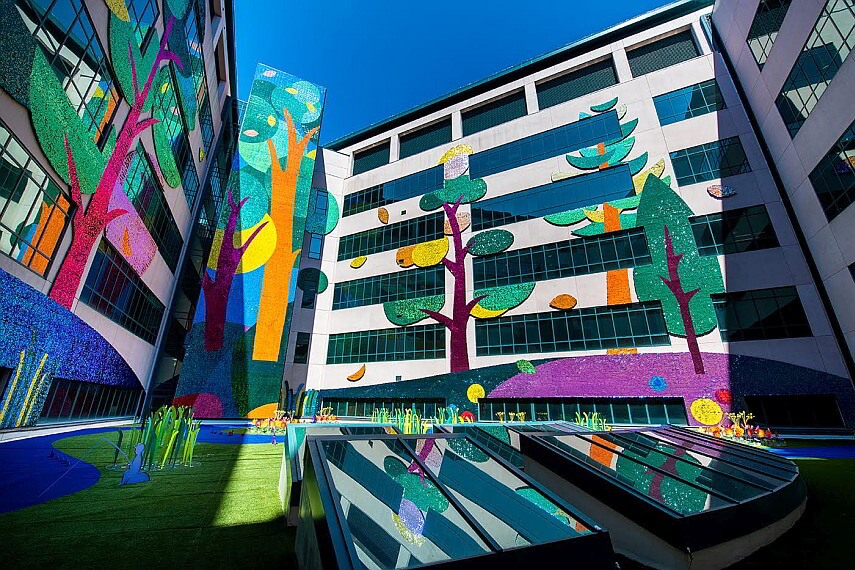 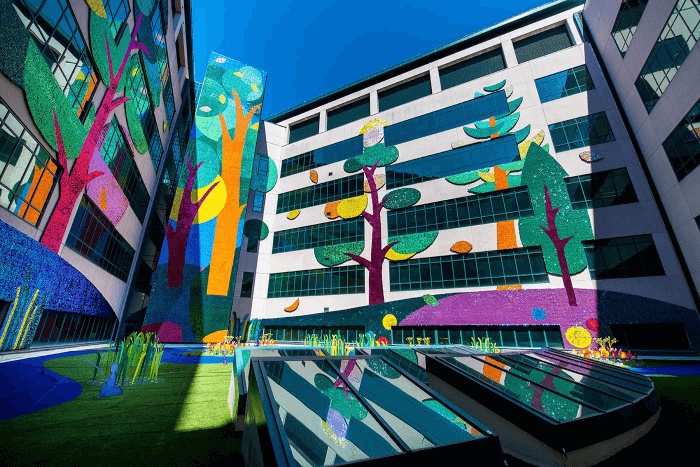 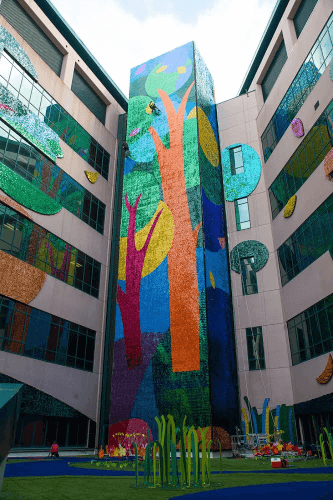 Tylur French is the owner and founder of Youngblood Studio, a local and growing art studio that works to create large-scale art for the city of Memphis. They often work with local hospitals, such as LeBonheur and St. Jude Children’s Research Hospital, to create murals, signs, sculptures, donor recognitions, and more. French and his team of artists are the creative minds behind the amazing new mural, the “Sequin Mosaic Forest,” recently installed at St. Jude’s Children’s Research Hospital. The mosaic mural took about eighteen months to produce and carefully install from start to finish, measuring to about 12,350 square feet. The mural is made of 1,262,980 small shiny sequins that form the larger picture of a colorful forest that ripples each time the wind blows. The mural is currently in the process of being entered into the Guinness Book of World Records under the “Largest Sequin Mural” category. St. Jude Children’s Research Hospital describes the mural in a Facebook post: “The swirling patterns of shiny sequins ripple like water, creating a display like none other.” Additionally, they quote Hope Swanson, PharmD, of the Pharmaceutical Services Department at St. Jude: “It brightens my day every time I walk past it.” The sequin mural is just one of their many projects in the city, as they are the artists responsible for several other popular works, including the ten by sixty-foot “MEMPHIS” Bicentennial Sign situated on Mud Island that quickly became a popular fixture on social media for locals and tourists alike. Other pieces by Youngblood Studio include the Overton Park Bicycle Arch, which is made from over 320 colorful bikes at the entry of the park, the LeBonheur Hearts, and countless other creations around the city. Local artists like Tylur French and his team make Memphis an incomparable community with their beautiful work. Make sure to check out the incredible Sequin Mosaic Forest at St. Jude! 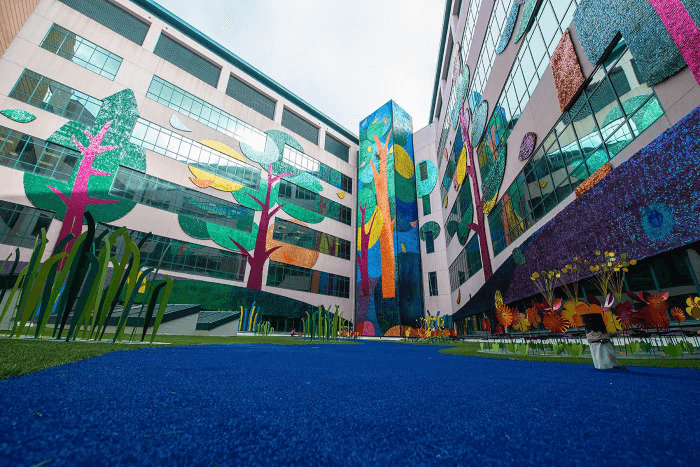 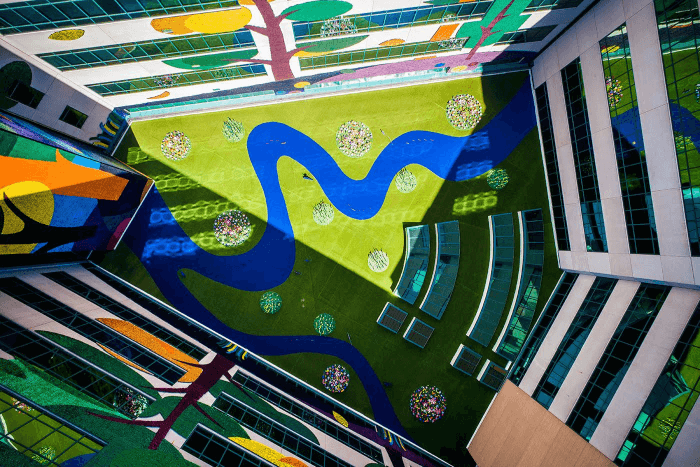 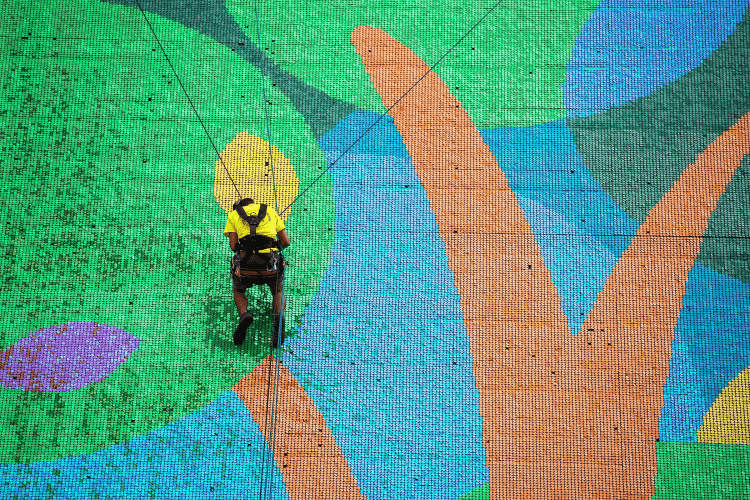 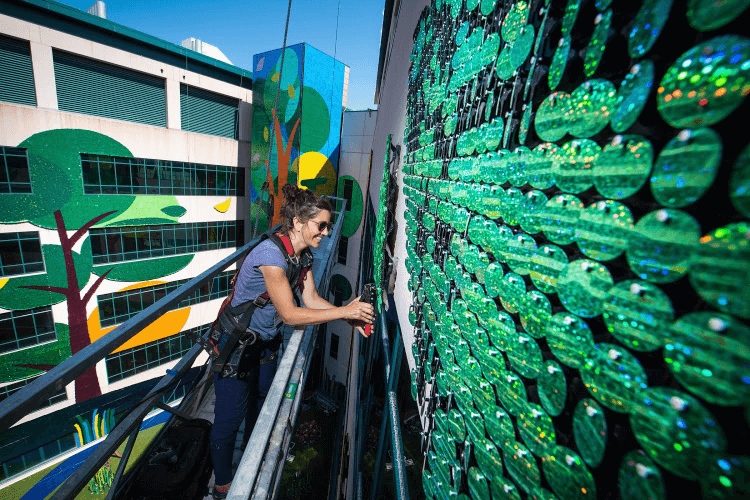