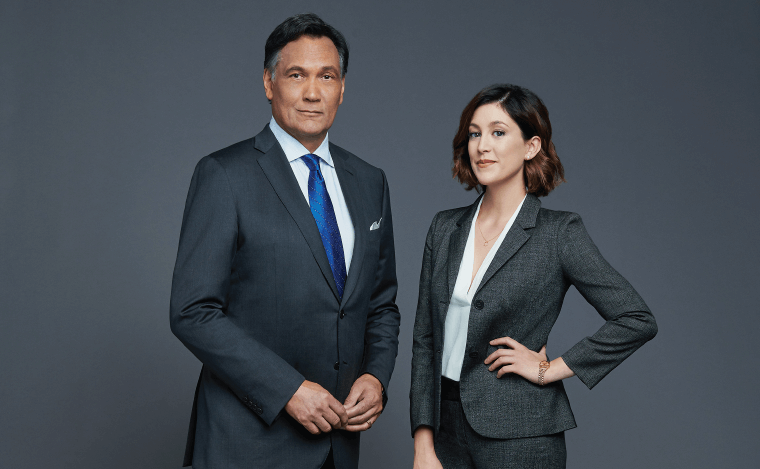 Memphians have been spotting Bluff City Law filming around town for several weeks now, and this month, we will get to see the series premiere on NBC with Memphis in a starring role along with Jimmy Smits and Caitlin McGee!

The official “About Bluff City Law” summarizes the storyline: Coming from a famous Memphis family known for taking on injustice, brilliant lawyer Sydney Strait used to work at her father Elijah’s celebrated law firm until their tumultuous relationship got in the way. After barely speaking to him for years, Sydney is suddenly thrust back into the family fold when her philanthropist mother passes away unexpectedly. In the wake of her loss, hoping to reconnect with the daughter he loves, Elijah asks Sydney to rejoin his firm. She agrees because despite her lingering resentment and distrust, she knows that working alongside her father is her best hope at changing the world … if they can ever get along.

As the cast and crew have made Memphis home during the production, 4Memphis wanted to know what they are enjoying about life in our city. Be sure to tune in to the Bluff City Law series premiere Monday, September 23 at 9pm.

During your time here, what has surprised you about working and living in the Bluff City?

I wasn’t aware of the city’s rich music history. It traverses so many different genres and has a significant impact on what Memphis is all about.

The most surprising thing is that Memphis has a small town feel in a big city. There is a kindness and friendliness that is apparent everywhere— last night my dinner delivery beat me home from set and my landlord went downstairs and brought it up to my kitchen!

I’ve certainly enjoyed the food here! However I wouldn’t say I was surprised by that as it had been highly recommended prior to my moving here. The people of Memphis are wonderful and having grown up in Liverpool, England, I feel a lot of similarities with my home city also being steeped in Musical history. The Beatles were pretty big.....Ha!

How irresistible the food is! I heard there were some great places before we landed ... but I’m finding myself sampling a few places each week - Soon, I imagine I’ll have a resident table at McEwen's with how much I’m eating there.

I would have to say the kindness and helpfulness of all the folks I met as well as their pride and life for their city. And the AMAZING food!

Firstly I would say the vibe this city has. Even with a population of over 650,000 it still has a small town feel to it. As someone that comes from a really small town, I definitely feel a connection. I also love how excited the people of Memphis are for the show. It really makes all of this that much more special and I hope we can represent their city in a way that makes them proud.

I’m always pleasantly surprised that Southern Hospitality is not a myth. Memphians are super friendly and they’ve been so welcoming to having us shoot in the Bluff City. What I wasn’t expecting was how many people ride Birds here.

Filming Bluff City Law in Memphis has brought many terrific surprises, not the least of which is how wonderful the people of Memphis are. There is a genuine kindness and pride in the city across every walk of life. The enthusiasm for our show from the city's people has been encouraging and refreshing. We are trying to put the Bluff City on the screen in a beautiful and unique light to reflect the strength and energy of the people of the city, as well as the pride everyone takes in this Southern gem.

What are you enjoying in your free time while in Memphis?

What free time? I’m making it my goal to try every BBQ joint in the city!

Food! Fried chicken, barbecue, shrimp and grits... My favorite restaurant so far has been McEwen’s— one of the best meals I’ve ever had. But my first priority coming here was to see The Civil Right Museum, and it was one of the most important and significant things I have experienced in my life. It should be a requirement for anyone who visits Memphis.

I have my wife and children with me here at the moment so we’ve been finding all the family friendly activities of which there are lots. We particularly enjoyed the kids museum which has a great amount of fun, educational and interactive experiences. It also had a great water park and outdoor play area for the kids. We’ve also spent a lot of time at Shelby Farms Park, the kids love exploring all the different parts of the park. Another great place we found was Urban Air trampoline park in Cordova. We plan on visiting the Zoo this week!!

Simply walking around the city and taking in the nature of it has been my favorite pastime when we’re not shooting. Growing up in Huntsville, Alabama, I would spend a lot of time venturing off and finding new paths to explore on my own with my thoughts. To reacquaint myself with that hobby in this return to the South, meeting the locals and learning about Memphis refreshes me when I’m not grinding away on set.

Walking along the Mississippi River and feeling the amount of history that has taken place on its water and the river bank, as well as the city itself. It feels like such a sacred and complex place.

There are these electric scooters on every corner here in Memphis. I love hopping on one and riding around downtown. Aside from that, eating. Just...eating. I literally don't think I’ve had a bad meal since I got here. McEwen's, Gus's, Flight... It's a good time.

Checking out antique stores with Caitlin, taking in the gorgeous sunset views of the Mississippi River on rooftops, having fun deciding what my favorite restaurant is going to be, and taking kick boxing classes not in Midtown.

There are so many things to enjoy in Memphis. I never tire of seeing the sunset over the Mississippi and the lights on the bridge dancing in the night. Also, while you hear all the time that Memphis is known as the home of the blues, soul and even rock...you really don't understand it until you are in the middle of it, hearing live music pouring out of venues on a balmy summer night. There's a creative energy that's palpable in the city through its music and music history. And there is no one, nowhere, that can tell me there's better barbecue than Memphis in the whole world!