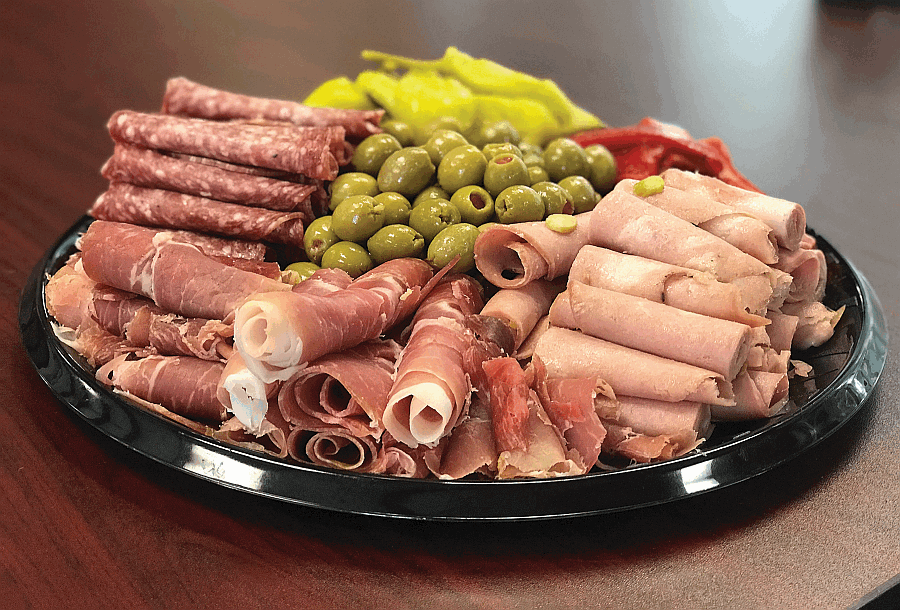 Arrange the deli meats, olives, and peppers on a large platter. If you prefer, substitute other meats such as spicy capocollo or bresaola. Also can be served with assorted cheeses such as parmigiano-reggiano, provolone or cheddar and sliced focaccia bread. 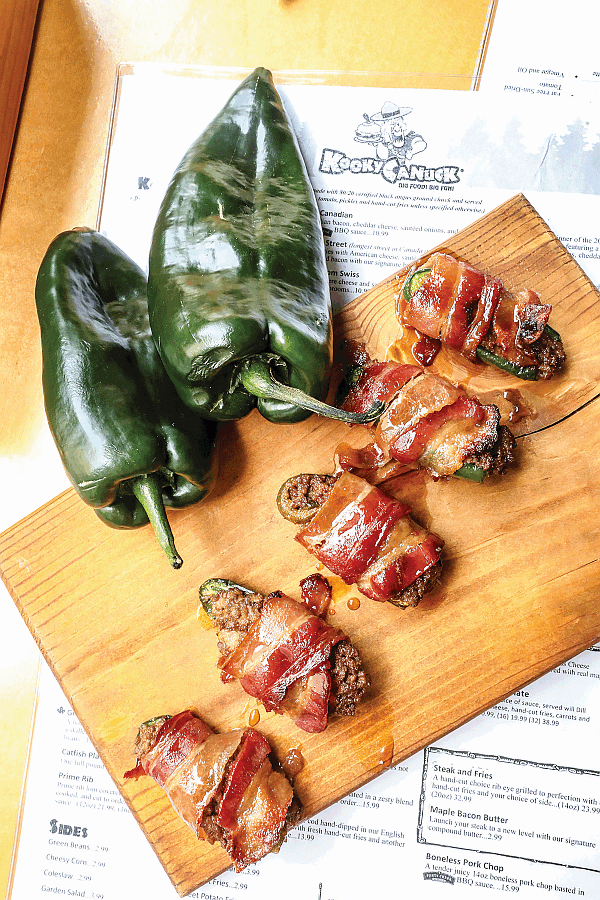 Mix all ingredients together in a mixing bowl. Let set in refrigerator for at least one hour. This is a simple and delicious southern tradition – just like SEC football!
Can be made ahead of time and perfect for tailgating. 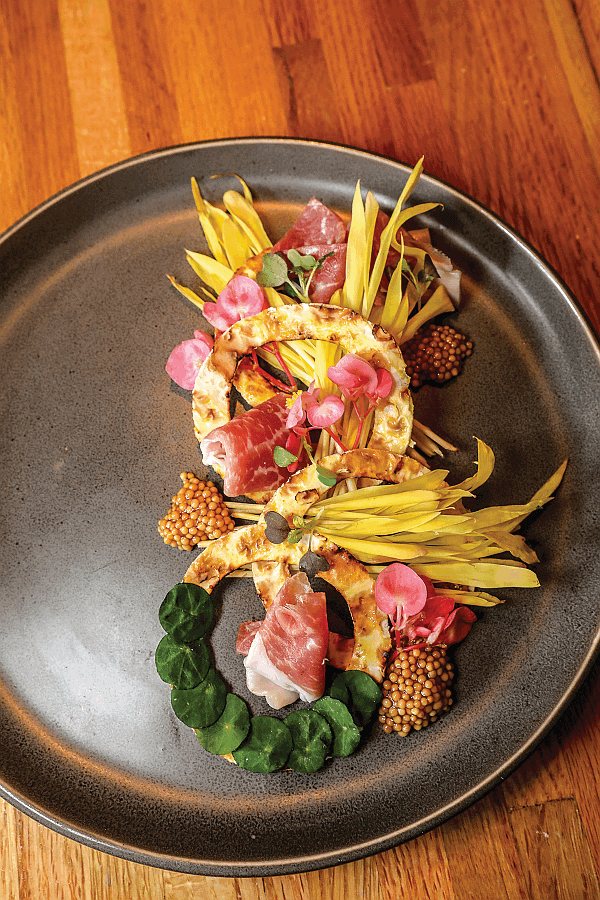 Mix vinegar, water, sugar, and salt until dissolved. Bring to a boil and add in seeds. Remove from heat and preserve seeds. Let set overnight.
Place prosciutto, lavash (soft, thin unleavened flatbread), and pickled mustard seeds on a platter to serve. Be creative in your presentation for extra impact! 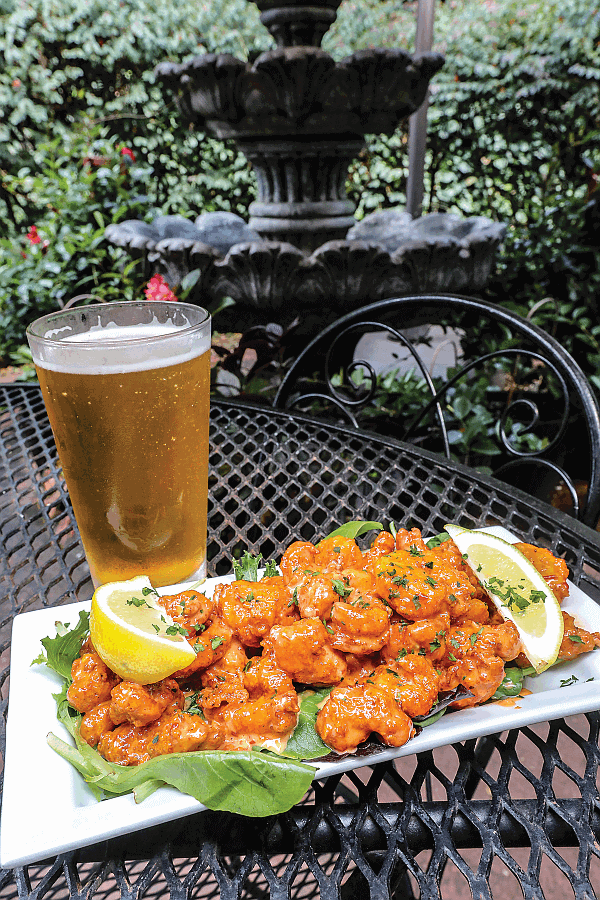 Wash the alligator meat, shrimp and crawfish tails in the egg wash, then follow with the corn flour and blackening seasoning mix, then fry. 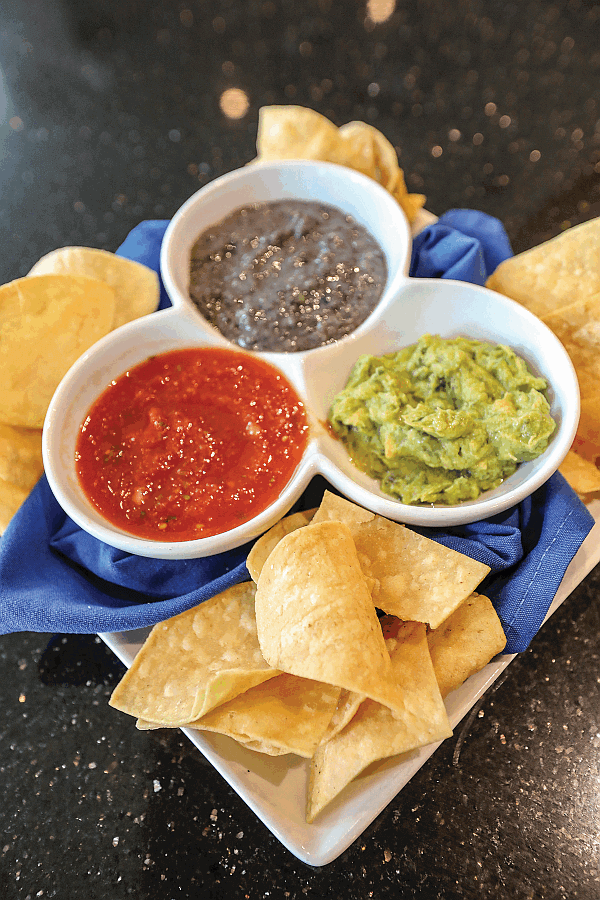 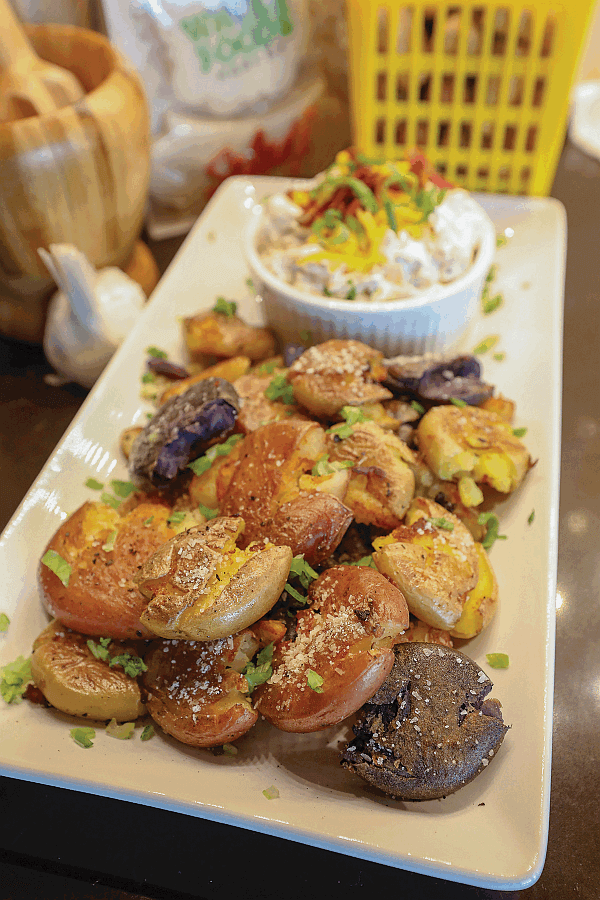 3 pounds baby or fingerling potatoes
1 teaspoon salt, plus more for cooking the potatoes
¾ teaspoon garlic powder
Olive oil, as needed
6 slices bacon, cut into lardons
4 green onions, thinly sliced on the bias, greens and white parts divided
4 ounces cream cheese, softened
16 ounces sour cream
8 ounces block sharp cheddar cheese, shredded
Cracked black pepper, to taste
Place the potatoes in a large pot and cover with water. Bring to a boil and season with salt; reduce heat to a simmer and cook until fork tender but not mushy, about 15-20 minutes depending on the size of the potatoes. Mix together the salt and garlic powder in a small bowl and set aside.
While the potatoes cook, make the dip: in a large fry pan over medium-low heat, cook the bacon until crisp, reserving 1 spoonful for garnish. Remove with a slotted spoon and dry on
paper towels; pour off all bacon fat into a bowl. In the same skillet, add 1 tablespoon of the bacon fat back to the pan. Add the white parts of the green onion and cook until softened and lightly caramelized; add to the cooked bacon to cool slightly.
In a medium bowl, whip the cream cheese until fluffy with a hand mixer, scraping down the bowl as necessary. Add in the sour cream and whip until smooth. Fold in the shredded cheddar and green onions (reserving some for garnish), and the cooked bacon and onions, seasoning to taste with cracked black pepper. Garnish with reserved cheddar, bacon and onions; refrigerate until ready to serve.
To finish the potatoes, remove the potatoes from the water and carefully dry with a kitchen towel. Using a glass or dry measuring cup, gently press down on each potato, flattening out to a disc, ¼ inch thick. To the skillet where you cooked the bacon, add 1-2 teaspoon of bacon fat along with 1 tablespoon of olive oil and heat over medium high heat. Place the potato rounds in the skillet, taking care to not overcrowd the pan, and cook until browned and crispy on both sides, about 2 minutes per side. Remove and place on paper towels to drain, immediately seasoning with the garlic/salt mixture and cracked black pepper. Continue with remaining potatoes – it’s okay if you run out of bacon fat, just use olive oil as needed.
Serve potatoes warm, room temp or cold with the prepared dip. For a crunchy twist, mix in some ruffled potato chips with the smashed potatoes!