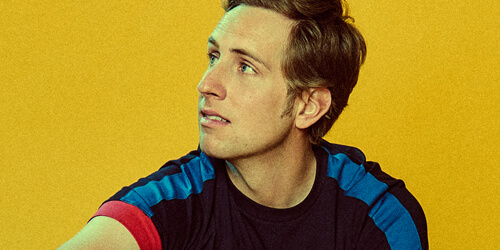 With special guest (and Memphis-based) The Band Camino

You know magic when you see it, touch it, or hear it. You’ll instantly recognize the sensation on Ben Rector’s appropriately titled seventh full-length offering, Magic. The Oklahoma-born and Nashville-based singer, songwriter, and multi-instrumentalist uncovers that feeling within 13 anthems equally rooted in whimsical nostalgia and excitement for the future.

His ceaseless touring and prolific output paid off in a big way on the 2015 breakout Brand New. Not only did it bow at No. 9 on the Billboard Top 200, but it yielded a massive hit in the form of the title track “Brand New.” Clocking 41 million-plus streams on Spotify, the single organically landed over 40 film and television placements, including a trailer for The Edge of Seventeen, a TV spot for Disney’s Moana, syncs in a Weight Watchers campaign starring Oprah, and MLB World Series and Olympics primetime spots. At radio, it went Top 5 Hot AC and AC and Top 30 pop.

Along the way, Ben has independently accumulated consumption numbers of more than 495,000 albums and 5,300,000 tracks, becoming one of the top-earning artists on TuneCore, the world’s leading digital music aggregator.