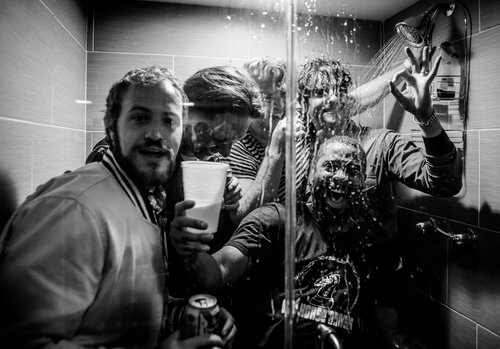 Low Cut Connie is a rock and roll band based in Philadelphia, PA. The band has been recognized for their high-energy live show, of which the Los Angeles Weekly said, “Their ferocious live show…is unmatched in all of rock right now.” They were recently called “the essence of what rock n roll should be” by Greg Kot (Sound Opinions / NPR) and the New York Times has said “their live show is a phenomenon.”